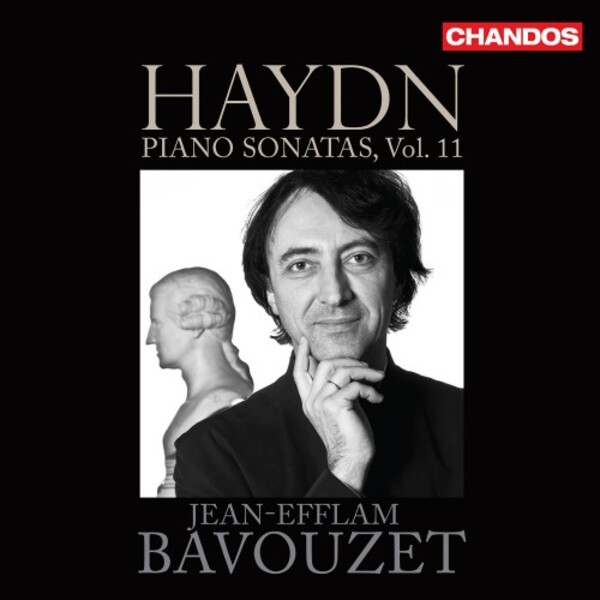 The survey by Jean-Efflam Bavouzet of Haydns piano sonatas reaches its conclusion with this eleventh volume. As in previous releases, the acclaimed pianist has mixed repertoire from different periods of Haydns career to create a recital of interest in its own right.

Jean-Efflam notes: It has been eleven years since the launch of this project to present Haydns sonatas, not in their chronological order, but as collections juxtaposing works from different periods. The programme for this final disc was actually the first one to be devised: I wanted to place side by side the very first and the very last sonata. Then the idea of fleshing out the sonata cycle with other major pieces began at Volume 4, with the addition of the famous Variations in F minor, and finally this last volume is made up of as many sonatas as other types of works. The complete series is thus able to offer music lovers all the sonatas identified to date, together with the other major keyboard works.

Twelve years after he launched his monumental survey of Haydns piano sonatas on the Chandos label, Jean-Efflam Bavouzet has at last reached the final volume. What a journey it has been, with universal acclamation greeting each successive volume. Playing on a bright-sounding modern Yamaha concert grand, Bavouzet combines stylishness, good taste, interpretative cogency and insight, as well as a consummate mastery when dispatching the more virtuosic passages, of which (notwithstanding Haydns own limitations as a keyboard player) there are plenty.

As in the preceding volumes, Bavouzet combines sonatas from various stages of Haydns career, as well as several miscellaneous keyboard works, so that the individual disc forms a satisfying recital in its own right. In fact, this final volume was the first programme to be conceived, pairing Haydns earliest sonata (Hob. XVI: 8 in G major, no.1 in Landons numbering) with his final one, the glorious E flat Sonata, Hob. XVI: 52 (numbered 62 by Landon). There are pieces here from Haydns early, middle and later years, vividly illustrating his development from an early classicism that owed much to the influence of C.P.E. Bach to a maturity that anticipated the works of Beethoven and Schubert.

The aforementioned G major Sonata is an appropriate opening item: a marvellously succinct four-movement Parthia or divertimento. It opens with a pert, splendidly organised Allegro with movements of registral play, to which Bavouzet introduces some refined ornamentation. A brief, humorous Minuet follows (without a Trio), then a poised nine-bar Andante, while a lively Allegro with rapid music-box style accompanimental figuration rounds off the work. The other early sonatas here (the two-movement no.9 in D major, Hob. XVI: 4, and three-movement no.14 in C major, Hob. XVI: 3, both of them divertimenti) are no less enjoyable, delivered with a lightness of touch that doesnt preclude thoughtfulness when highlighting the more inward passages which anticipate Haydns mature style.

In similar vein, though dating from some three decades later, is the Thema con variazioni in C major, Hob. XVII: 5, composed at the end of 1790 on the eve of Haydns first trip to London. It provides an object lesson in classical poise and variation technique, and although it is superficially a straightforward work, Bavouzet reveals a wealth of colour, not least in the subtly veiled sound he deploys in the penultimate variation, the only one in the tonic minor. From four years earlier, the Adagio in F major, Hob. XVII:9, is notable for its melodic beauty. But the standout miscellaneous works here are the Capriccio in G major from 1765 and the Fantasia in C major of 1789, both based on the sort of popular melody so beloved of the composer, but full of unexpected harmonic turns that owe much to the heritage of C.P.E Bach. Here Bavouzet clearly relishes the mercurial twists that play with the listeners expectations while maintaining a perfect sense of stylistic decorum: the best of both worlds, you might say, and perfectly complemented by Chandoss lean, focused sound-picture.

Of the two late sonatas here, no.61 in D major, Hob. XVI:51, was probably written for Haydns London muse Rebecca Schroeter during his second stay. It is cast in two movements, the opening Andante containing some palpably Schubertain sonorities, while the audacious cross-rhythms of the concluding 3/4 Presto clearly look forward to Beethoven. Bavouzet himself describes this as a visionary work, and you can sense his commitment to it in every bar. The great E flat Sonata was written in 1794 for Theresa Bartolozzi, herself on a visit to the British capital. With a resplendent, expansive first movement complete with nods to the French-style ouverture, a beguiling Adagio in the unexpected key of E major (subtly anticipated during the opening Allegro), and a lively closing Presto, this is a work full of surprises, and it has long been regarded as the crowning glory of his sonata output. Heinrich Schenker unveiled the inner workings of the first movements development section in his Five Graphic Music Analyses, while Tovey devoted a substantial article to the work in the Chamber Music volume of his Essays in Musical Analysis. But it is in performance that this work really shines, and Bavouzets ranks with the finest (among them, Richter and Brendel), while displaying a refinement, stylishness and deftness of touch that are thoroughly contemporary.

The disc could have ended there, but  in a moment of pure wistfulness  Bavouzet appends an Allegretto in G major composed in 1793 for a musical clock. He recreates the imagined sonority of the original medium by holding the sustaining pedal down throughout (having made sparing use of it elsewhere on the disc), and pairing it with translucent delicacy from the hands to create an utterly magical sound. Its the perfect close to a cycle that has set new standards in these endlessly absorbing works  and at the same makes an ideal place to start for those who havent yet discovered this magisterial survey. Unless youre a diehard fortepiano devotee (in which case, try Ronald Brautigam on BIS), Bavouzets Haydn cycle now sits comfortably at the top of the pile. 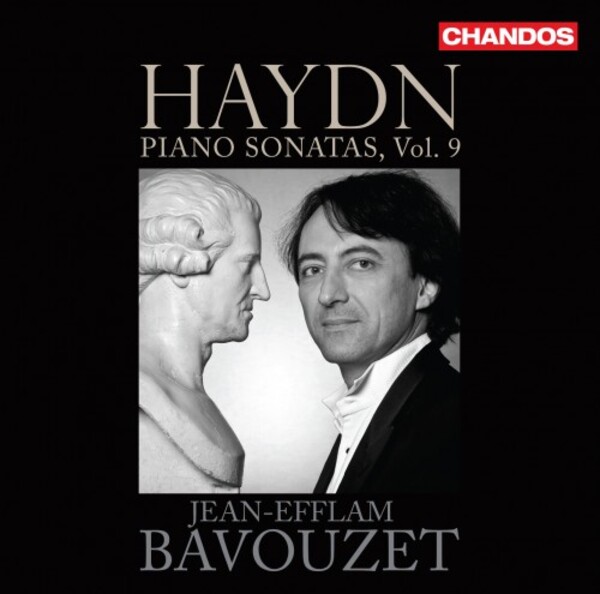 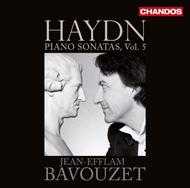 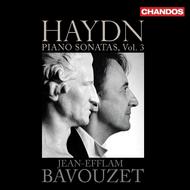 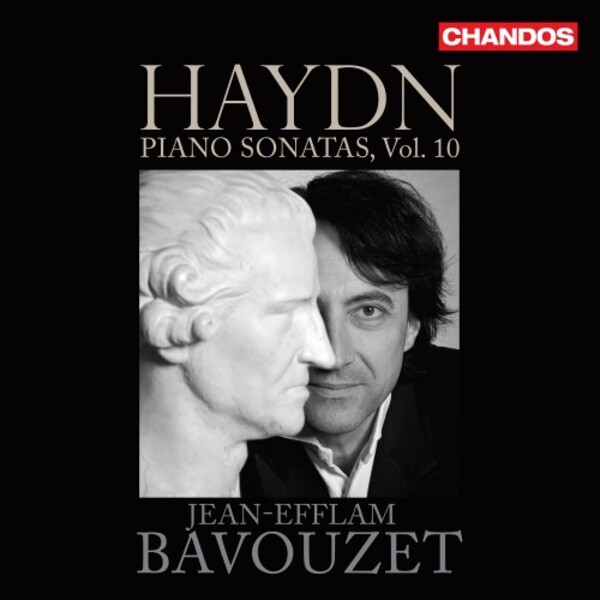 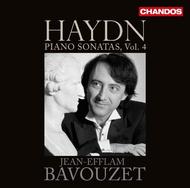