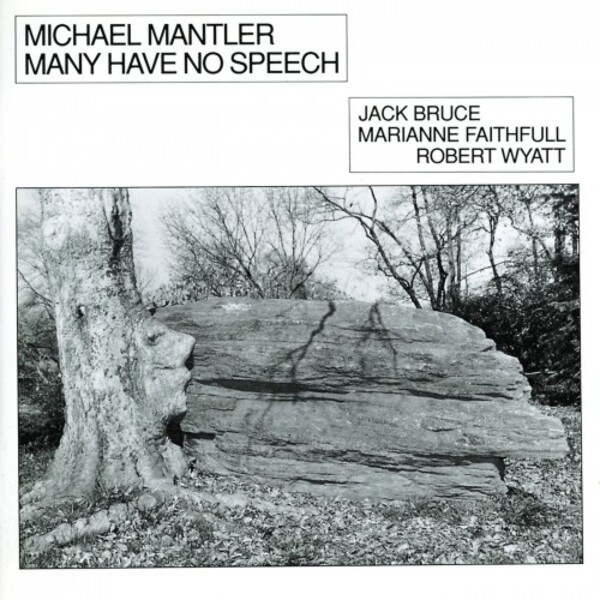 Michael Mantler - Many Have No Speech

The Austro-American trumpeter Michael Mantler has been concerned with the reciprocal relationships between music and literary texts for years. He's set texts by Samuel Beckett (No Answer), Edward Gorey (The Hapless Child) and Harold Pinter (Silence) to music. In all of those recordings, Mantler used more traditional, smaller ensembles.
On 'Many Have No Speech', he uses an orchestra for the first time. Here he set texts by Samuel Beckett, Philippe Soupault, and Ernst Meister to music. The work on this production took a year and a half: the recordings took place in London, New York, Boston and Copenhagen. This was due in no small part to Mantler's choice of singers; in addition to Jack Bruce and Robert Wyatt (with whom Mantler had worked on previous albums), Many Have No Speech also features Marianne Faithfull - another of those "broken voices" that Mantler holds in such high regard.
Rarely does the translation from text to music succeed in what Michael Mantler accomplishes on this production: he finds a perfect unity of text and music, treating them as equals, not as one medium in the service of the other. In the music, the improvisational elements are reduced to a minimum in order to preserve the greatest possible coherence. The music reflects the tenor of the texts: extreme concentration and precision in the (musical) language, a brittleness that goes as far as abstraction, leaving enough room for the listener's own interpretation.

Carla Bley - Escalator Over the Hill

Max Richter - Songs From Before (CD)