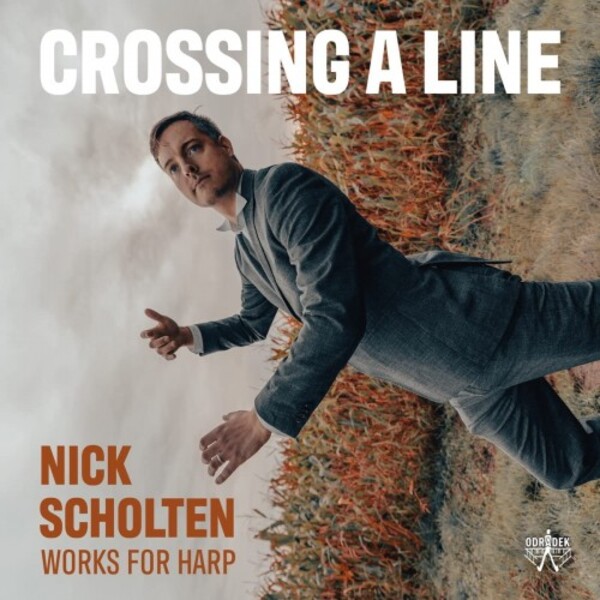 Scholten embraces the interaction between classical and jazz music, and music's transition into modernity, with works from two continents dating mostly from the 1920s, interspersed with his own previously unrecorded compositions. All these pieces were written specifically for the harp and represent some of the deepest explorations of the instrument's technical capabilities.

We hear from three French masters of the harp: Marcel Tournier, Marcel Grandjany and Carlos Salzedo, all of them composer-harpists. Although the harp is an ancient instrument that has been found in most continents and ancient civilisations of the world, France was at the heart of its development as a concert instrument. All three composers were prodigious prize-winners who went on to become prestigious teachers. Grandjany was regarded as a potential successor to Debussy in the development of French modernism; his Rhapsodie pour la harpe, op.10, is based on Easter plainchant and demonstrates a plethora of techniques, while his Pastorale is characterised by lively metrical shifts.

Tournier pioneered new techniques and sonorities for the harp. His Deux Petites Pièces brèves et faciles pour harpe comprise a reverent yet ardent 'Offrande' and wistful 'Soupir', while there is something Debussyan about his intoxicating Sonatine, and his Jazz-Band emulates the jazz style that was very new when the work was written. Salzedo was a particularly influential harpist-composer who developed an almost balletic style of harp playing and enjoyed a glittering career. His 'Chanson dans la nuit' features some unusual effects and 'La Désirade' includes jazz elements such as ragtime, while Scintillation inhabits an experimental, ambiguous harmonic soundworld and draws on non-Western influences such as Latin-American folk styles.

The release also boasts world-premiere recordings of three of Nick Scholten's compositions: An Awakening (2020), which harnesses a sense of potential energy and features subtle electronic chorus effects; Don't Worry (2020), composed in a spirit of seeking hope during times of struggle and again including electronic techniques; and Summation (2017), a work of defiance that includes enharmonic effects which allow the Celtic harp to play in a key usually unnatural for the instrument. A varied and thoughtfully-programmed harp recital, not to be missed.

The Glorian Duo: Sounds of the Seine

The Nightingale: Works for Flute, Piccolo and Harp