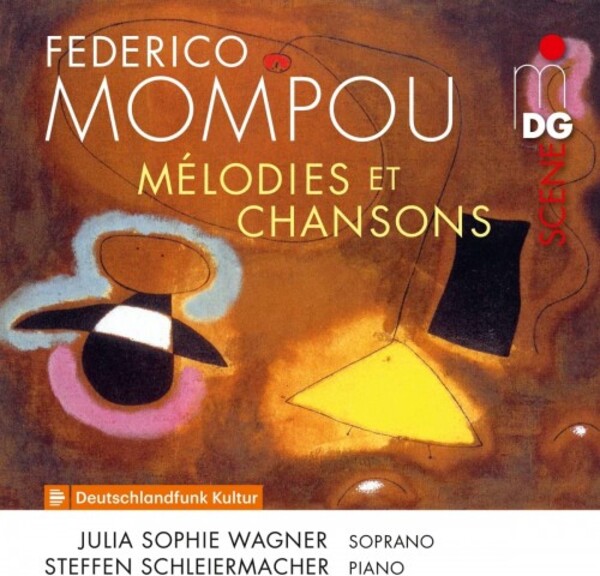 Federico Mompou is unique in the musical world of the 20th century - while fellow composers went through rapid developments, sometimes even dramatic breaks, in their creative work during this period, one searches in vain for them in the Catalan composer's oeuvre

Mompou's lifelong longing for beauty and elegance can now be traced in his song compositions, from which Julia Sophie Wagner and Steffen Schleiermacher have made an impressive, almost beguiling selection.
Mompou's melodies seem to float, only short episodes characterise the singing, often accompanied by bell-like sounds of the piano; frequent sequences and repetitions spread a static atmosphere - music that is at peace with itself.
Mompou finds the verses for his melodies in French, Catalan and Spanish poets. Alongside complex poems such as those by Paul Valéry, we suddenly find simple counting rhymes among his compositions.

Soprano Julia Sophie Wagner creates these enchanting miniatures with a deep sense of the beauty of colours and sounds. Expressive without ever lapsing into false drama, the two religious songs in this collection are also captivating, to which Steffen Schleiermacher lends a touching aura with sensitive playing - and at times surprising virtuosity.