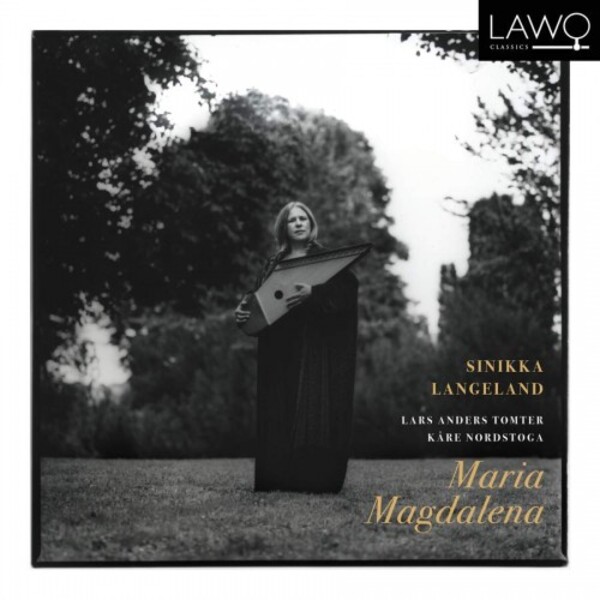 The story of Mary Magdalene has been a source of comfort for many women, and research has shown that medieval ballads about Mary Magdalene are often sung by single mothers.

Young women who were outcasts must have found some measure of consolation in the songs about Mary, who bore children with her father, her brother and a priest, but was cleansed of sin after doing penance in the wilderness for many years. But the possibility should not be overlooked that the songs could have been sung with a sarcastic undertone, becoming an unassailable and liberating weapon when there was no other recourse for rebelling against unjust treatment.

The Mary Magdalene ballads, found in Solor, Telemark and Gudbrandsdalen, along with other folk tunes and improvisations, form the musical basis of the vocal element, where Sinikka Langeland uses the recitative form to tell the story while surrounded by works of Johann Sebastian Bach. The instrumental music is meant to intensify the emotions and atmosphere of the story although it is in itself, of course, some of the most beautiful music ever written.

Bach/Johann Ernsts well-known Concerto in G major, Christ lag in Todesbanden, BWV 718 and Allein Gott in der Höh sei Ehr, BWV 676 are played by Kåre Nordstoga on the famous Wagner organ in the Nidaros Cathedral. The recording was made in the Nidaros Cathedral, and represents the continuation of a project of many years standing to place Norwegian religious folk songs side by side with organ chorales by Bach, using the same hymn as a basis.

This new release presents a fascinating and multifaceted portrait of the most prominent woman in the Christian world after the Virgin Mary.

Sinikka Langeland was born in Kirkenær, Solor, in 1961, and is one of the most distinctive folk musicians of our time. She plays the kantele, the Finnish national instrument.

Magical Memories for Trumpet and Organ