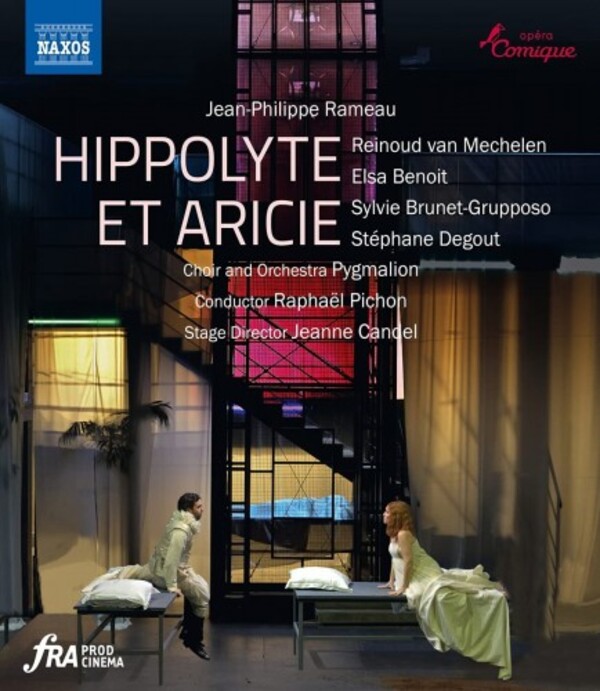 Rameaus first opera Hippolyte et Aricie delivered a lyrical tragedy of such extraordinary intensity it changed the course of French music, stunning and overwhelming its audiences. This breathtaking spectacle involves prince Hippolyte, who asks his mother-in-law Queen Phèdre for help in wooing the beautiful Aricie, not knowing that Phèdre secretly wants Hippolyte for herself. In a single work Rameau re-invented tragédie en musique with dramatic expressiveness and shocking harmonic innovations. It is seen here in an acclaimed Opéra Comique production that personifies Rameaus assertion that music must speak to the soul, its true aim must be to express thoughts, feelings, and passions.

Rameaus Hippolyte et Aricie underwent a significant evolution between the shock of its premiere in 1733 and, based on the final 1757 version, Raphaël Pichons production integrates elements from all of the revisions and improvements introduced by the composer over many years. This 2020 production was to have been the centrepiece of the Opéra Comiques Autumn season, but due to the COVID-19 pandemic the run was cancelled, and this DVD is the only artifact that records the production for posterity.

The performance was broadcast and streamed in November 2020, and was warmly received by the critics. operatraveller.com wrote: This was a captivating performance of a wonderful piece. One that lived through the text, extremely well sung across the board, with choral singing and orchestral playing of the very highest quality... For anyone who loves this rep, this is a must see.

Diapason praised the cast: Reinoud van Mechelen has all of the advantages of an excellent Hippolyte; the range suits him perfectly and his mixture of commitment and nobility suits the fiery hero. Elsa Benoit gives Aricie a warm tone and impeccable vocals. Inhabited, Stéphane Degout plays a high-class Theseus... Here is great French singing; racy, haughty, burning.