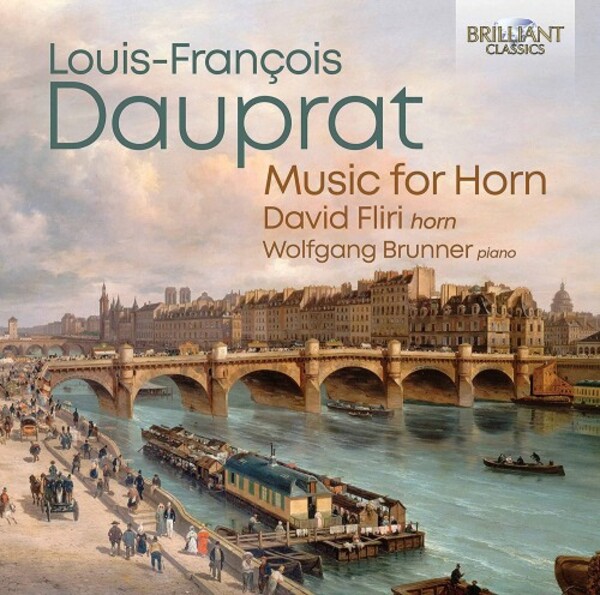 Louis-François Dauprat (1781-1868) was a French horn player, horn teacher and composer active in Paris. As a child he was a chorister at Notre-Dame Cathedral, and from 1794 he was taught to play a cor basse (low horn) by Philip Kenn, first at the Institut National de Musique and later in the first horn class of the Conservatoire. After touring Italy and Egypt with various musical groups between 1799 and 1801, he played at the Théâtre Montansier from 1801 to 1806. Dauprat later decided to return to study at the Conservatoire, this time for harmony and composition. He also studied with Anton Reicha, who composed the horn parts in his quintets for woodwinds specifically for Dauprat.

Dauprat can be seen as the pioneer of the Parisian horn tradition. His compositions move stylistically between the classical and romantic periods. In addition to operas and symphonies, he composed a whole series of works for solo horns: horn duets, horn trios, horn quartets, horn sextets, horn with string quartet and much more. These works are almost completely forgotten today, but they are precious treasures of early- Romantic chamber music, not only because of their enormous virtuosity but also because of the special cantabile qualities of the horn parts. Dauprat pushed the virtuosity of horn playing to a level that had been unrivalled until then. This is particularly pronounced in the works for horn and piano (Solo de Cor, op.11 no.3, Sonata, op.2), as well as the Duet (op.13 no.6). In addition to the sonata form, the key of F major and the powerful opening motif, Dauprats sonata bears another similarity to the very well-known horn sonata by Beethoven (1800, op.17): the piano part is also kept very virtuosic as an equal partner in the interplay.

David Fliri is solo horn player in the Staatskapelle Weimar and Professor at the Mozarteum Salzburg.