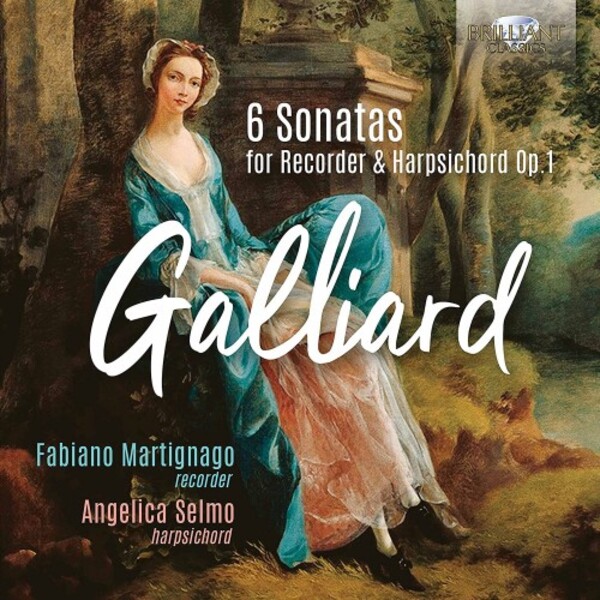 John Ernest Galliard (16871747) was a German composer, oboist, flautist and keyboard player active in England in the first half of the 18th century. He learned flute and oboe with Pierre Mareìchal, a French player in the Celle court orchestra, which he himself joined in 1698. Shortly afterwards he studied composition in nearby Hannover with Agostino Steffani and Jean-Baptiste Farinelli.

In 1706 the Celle orchestra was disbanded and Galliard went to London, where he became a court musician for Prince George of Denmark, consort of Queen Anne, subsequently serving as capellmeister at Somerset House. He enjoyed a considerable reputation as an oboist, and as such he joined the orchestra of the Queens Theatre, playing in various productions of operas by Handel, who wrote oboe parts specifically for him.

The first edition featured on this recording was published in London in 1711 and is proof of just how vibrant and varied Galliards writing was in the field of instrumental music. What strikes one most about this collection is its elegant and easy fusion of styles: from the ordered counterpoint of his youth in Hannover to the virtuosity and brilliance of the Italian Baroque, from the characteristics of the English tradition that shine through here and there to the nuances of the French style fully on show in many of the movements. Also of great interest is the way in which Galliard treats the bass line: at times it acts as mere accompaniment, accentuating the melodic line (here entrusted to the recorder), while at other times it becomes an integral part of the melodic line, producing some affecting duet-like passages.

The sonatas also reveal Galliard to be a veritable master in the way he plays with emotional moods within the context of instrumental music: alongside highly energetic and almost boisterous moments (for example the first Allegro of Sonata no.3) we find passages of extreme delicacy, inviting performers and listeners alike into much more intimate realms (for example the Sarabanda of Sonata no.4).

With more than A Hundred Pipes: Music for Pan Flute & Organ