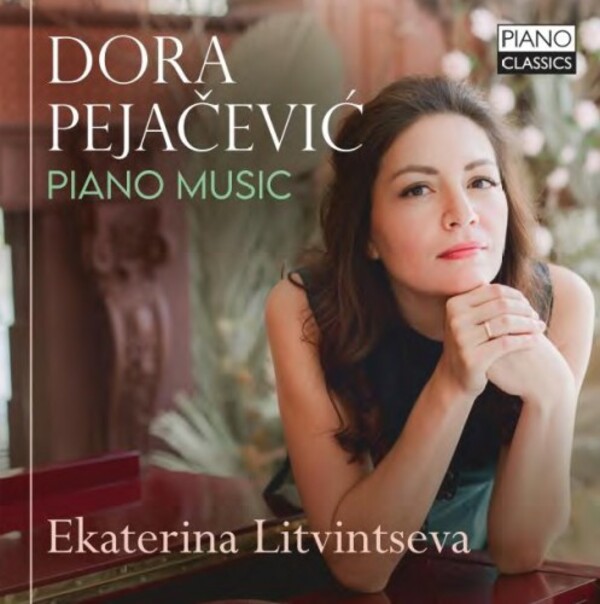 When the Siberian-born Arctic Circle Pianist Ekaterina Litvintseva heard Blumenleben (Life of Flowers) for the first time, she immediately resolved to find out more about the life and music of Dora Pejačević (1885-1923). This resolution prompted her to investigate an extraordinary corpus of music, remarkable not least for its sheer diversity, which she has attempted to convey in this selection of Pejačevićs piano output. Among 57 extant works, 24 are scored for solo piano; there would surely have been many more in both categories had she not died of kidney failure on 5 March 1923, aged 37, having suffered complications in giving birth to her first child.

Pejačević was born in Budapest in 1885 into the Croatian aristocracy. She grew up on the family estate of Naice (now in Slovenia) before taking her musical studies more seriously in Zagreb. Her early output shows how well she had mastered the Romantic idiom of character pieces by Mendelssohn, Schumann and Grieg, but her voice begins to emerge in the Six Fantasiestücke, op.17, of 1903. From two years later, the Blumenleben bring the character of each chosen flower to life  the innocent snowdrop, the erotic rose, the mournful chrysanthemum  with a refined melodic imagination and rare economy of thought: her Mendelssohnian sympathies lead her only to use as many notes as are needed.

Even more succinct (none longer than two minutes) are the nine Waltz-Caprices, op.28 (1906), ranging in expression from the grace and charm of their heritage to a sideways and even grotesque view of the genre (such as the slower no.3, in the tempo of a Ländler). A more sardonic vein of expression emerges in the Capriccio, op.47 (1919), which jumps about the keyboard with dazzling glissandi and diabolical shifts of mood which belong to their time no less than French keyboard innovators such as Debussy and Ravel.

The albums final piece is also the most substantial: the second of Pejačevićs two piano sonatas, which became her penultimate work in any genre. The sonatas expressive key signature is established from the outset by the marking of Allegro con fuoco, and the writing is cast on a much grander scale than anything else here, resembling a work in the German or Russian schools more than the French-tinged colours of the miniatures.

This newly recorded recital marks Ekaterina Litvinsevas debut on Piano Classics, and should attract the attention of pianophiles everywhere.

[Mozart] playing that has grace as its foundation but which also combines vitality, thoughtful concentration and an attractive upbeat spirit [she] gives the pleasing impression of being able to combine technical and stylistic control with a sense of spontaneous invention.  Gramophone

There may be recordings of the Chopin concertos with a higher polish or style, but none I know of surpasses the emotional pull of Litvintsevas. This is a notable moment in the history of Chopin interpretation.  Fanfare