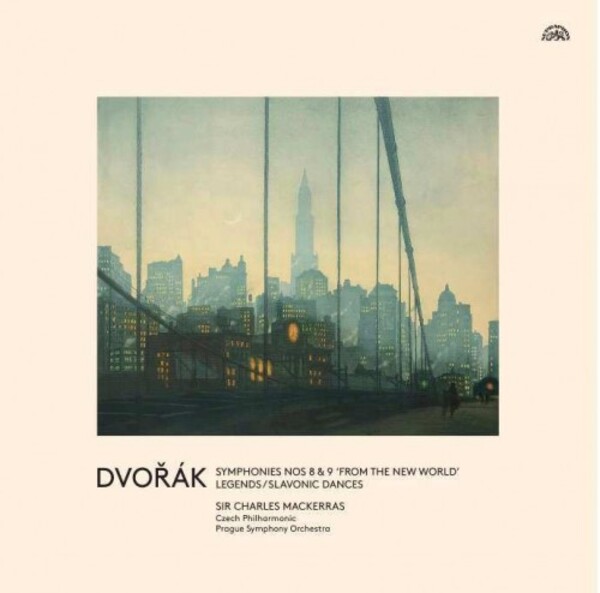 Sir Charles Mackerras not only loved Dvořák and Czech music. As a globally renowned non-Czech conductor, he rendered it a great service. Among the numerous splendid recordings of Antonín Dvořáks mature symphonic works, those made by Mackerras are the most fitting for a vinyl release: technically impeccable, they feature so authentic a Czech sound and spirit as to make many a Dvořák compatriot envious ... The album serves to prove how much young Mackerras learned in Prague from his teacher, Maestro Václav Talich. Sir Charless accounts of Symphonies nos. 8 and 9 are torrentially vivid, as performed by the superb Prague Symphony Orchestra under his baton. The selected Slavonic Dances and Legends (Cannes Classical Award 2003) breathe with nobleness and fervour, the quintessential attributes of the Czech Philharmonic.

Making use of state-of-the-art technology and presented in an elegant box, the three vinyl records contain true gems of the Dvořák discography of one of the worlds most celebrated conductors.