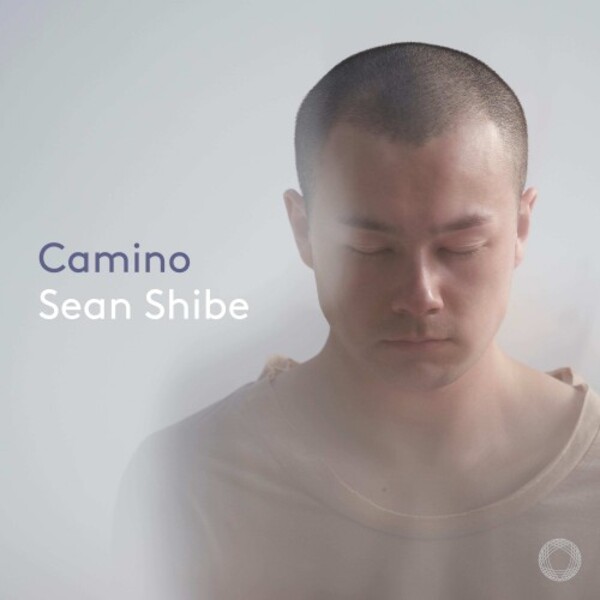 Camino is guitarist Sean Shibes first PENTATONE album, an introspective programme exploring French-Spanish musical borders, a pilgrimage leading from Ravels Pavane pour une Infante défunte, Saties Gymnopédie no.1 and Gnossiennes 1 and 3, Poulencs Sarabande, De Fallas Millers Dance and Homaje, pour le Tombeau de Debussy and Josés Pavana triste all the way to Mompous Canços i dansas 6 and 10, as well as his Suite compostelana. Shibe has deliberately granted Mompou a central role on this album, as his music demonstrates that melancholy, aimlessness and a whole host of other feelings are not things to be avoided or fixed or solved, but experiences to be felt deeply: not with sad nostalgia, but with genuine wonder and excitement at what this means for the future. In that respect, Camino also documents Shibes personal quest to overcome the challenges of a time dominated by Covid-19, and to ultimately see the world anew.

Multi-award-winning guitarist Sean Shibe brings a fresh and innovative approach to the traditional classical guitar, while also exploring contemporary music and repertoire for electric guitar. Camino is the first fruit of an exclusive collaboration with PENTATONE.

Since his first solo disc for the Delphian label, Dreams & Fancies in 2017, Scottish guitarist Sean Shibe has established a reputation as one of the most sensitive and imaginative musicians on the scene today. In repertoire ranging from John Dowland to Steve Reichs Electric Counterpoint and Julia Wolfes LAD, by way of Britten, Lennox Berkeley and Malcolm Arnold, he has demonstrated not only prodigious technical capabilities but also a deep musicality, evident both in his playing and in his compellingly structured programmes. His 2020 album BACH, featuring brilliantly idiomatic guitar realisations of J.S. Bachs lute music, won our Disc of the Year award. And its a fair bet that his latest release, the first under a new exclusive contract with Pentatone, will feature among our top picks of 2021.

Its entitled simply Camino, a reference to the Camino de Santiago, or Way of St James, the traditional pilgrims routes to the shrine of St James at Santiago de Compostela, in Galicia, northwest Spain. Its focus on the Franco-Spanish repertoire is an attempt, in Shibes own words, to get over my apparent aversion to the sentimentality of the Spanish repertoire traditionally associated with the guitar.  And he does so in inimitable style by presenting a programme with a pronounced meditative quality: melancholy and nostalgic, but full of wonder at the kaleidoscope of expressiveness it reveals.

Although most of the works on the disc have a distinctively inward quality, the recital opens with a burst of extroversion in the shape of the Millers Dance from Manuel de Fallas Andalusian-infused 1919 opera The Three-Cornered Hat, in a dazzling guitar transcription which, even in its opening few bars, reveals the sheer range of colour and touch that Shibe brings to the instrument, with carefully deployed vibrato, dynamic shading and attack. From this arresting opener, we move on to a true rarity: the Pavana triste from the 1933 Guitar Sonata by the Burgos-born composer Antonio José (1902-1936), an emotionally intense movement whose pungent harmonies and delicate gestures (wonderfully conveyed by Shibe) hint at the genius that led Maurice Ravel to declare He will become the Spanish composer of our century. Fate decreed otherwise, however, when José  like Federico García Lorca  was executed by a Falangist firing squad on 11 October 1936. His prolific output is ripe for rediscovery, and this performance certainly whets the appetite for more.

The thread running throughout this programme is the music of the Catalan composer Frederic Mompou (1893-1987), including his own guitar version of the Canço i dansa no.10 (based on two songs by the 13th-century Alfonso X of Castile) as well as the Canço i dansa no.6 originally dedicated to Artur Rubinstein in 1947. Both are imbued here with a range of expressive nuance that far exceeds their modest dimensions.

The earliest music on the disc is a group of three pieces from Erik Saties celebrated Gymnopédies (the ubiquitous no.1) and Gnossienes (nos. 1 and 3), all of which take on a new freshness and modernity at Shibes sensitive hands, with particularly vivid use of harmonics. Another transcription from an original piano work is Ravels Pavane pour une Infante défunte, a spellbindingly idiomatic account which rivals any performance of the piano or orchestral versions in sensitivity and variety of timbre. Fallas Homenaje pour Le Tombeau de Claude Debussy, originally composed for a 1920 Debussy memorial edition of La Revue musicale and rendered here with a depth of expression and command of nuance thats entirely in keeping with the works sombre, introspective mood, dying away to the barest whisper of sound.

The highlight of the programme, however, is surely the superb account of Mompous 1962 Suite compostelana, inspired by the region around Santiago de Compostela, with a whole range of subtly conveyed tone-pictures including a chorale and a lullaby (Coral and Cuna), enriched by the composers very special way with allusively dissonant harmonies. From the magical emergence of the opening Preludio to the gently infectious rhythms of the closing Muñeira (a traditional Galician dance), this is a thrillingly commanding performance that has the listener completely absorbed in Mompous distinctive soundworld, with melodic lines highlighted to perfection, and every harmonic, textural and rhythmic nuance perfectly conveyed by Shibe and the Pentatone team.

Rounding off this outstanding disc is Francis Poulencs gently inflected and rhythmically malleable Sarabande of 1960, providing an ideal conclusion to a profoundly rewarding and typically thoughtful programme. Unhesitatingly recommended, and not just to guitar aficionados!

...a beautifully intimate recording, full of playing that is as far from classical-guitar cliche as a real flamenco dancer is from a postcard of a donkey in a sombrero... whats really striking is the way in which Shibe sustains a world of intensity and introspection through playing that buzzes with vitality. The attention to detail in his playing is breathtaking; nothing interrupts the flow of the music, and nothing is done purely for effect.  Erica Jeal
The Guardian 19 August 2021

Camino emphatically eschews cliché, threading pathways between a range of familiar and lesser-known works, excerpts and transcriptions, crisscrossing Spain and France from the 1880s to the 1960s. ... At the heart of Shibes quest lies the existentially humanist music of the Catalan Frederic Mompou. ... In Shibes hands it exudes a powerfully restorative combination of wisdom and childlike wonder that extends throughout the album in waves of colour, through singing lines and crisp, evocative rhythms.  Steph Power (Recording of the Month)
BBC Music Magazine October 2021

Shibes ability to command a wide dynamic range within a relatively restricted compass naturally comes to the fore. And though his monk-like appearance may sway the imagination somewhat, his exquisite sense of space and unfolding invites comparison with late conductor Sergiu Celibidaches Zen-influenced performance practice. ... a release that considerably enhances Shibes reputation for having one of the most discriminating ears in the business.  William Yeoman
Gramophone September 2021