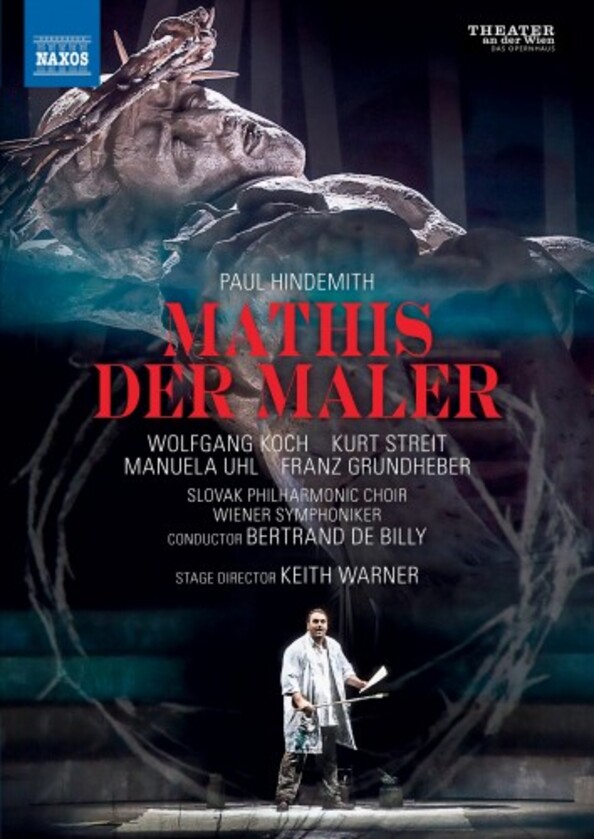 Hindemith conceived Mathis der Maler, his opera in seven tableaux, as a reimagining of Matthias Grünewalds Isenheim Altarpiece, a depiction of Christs intense suffering and crucifixion. Set during the turbulence of the German Peasants revolt in the early 16th century, the works focus is on artistic freedom of expression and human isolation during a time of plague, repression and violence. Hindemith wrote his own libretto finding in Grünewald a metaphor for his own times. Performances of the opera in Germany were duly banned by the Nazis.

The powerful production is conducted by Bertrand de Billy, who maintains a close relationship to many opera companies and orchestras in Austria including Theater an der Wien. Seen and Heard International wrote of this performance: Bertrand de Billy gave a more impressive performance this was a powerful reading which, courtesy of tirelessly committed playing from the Vienna Symphony Orchestra, penetrated to the core of Hindemiths musical imagination. Choral singing from the Slovak Philharmonic Choir was of the highest standard throughout.

About the cast, Seen and Heard International added: The cast was strong too, in some cases very strong indeed. Wolfgang Koch proved a heroic Mathis. If occasionally his voice [sounded] tired towards the end, that fitted perfectly well with the drama. Kurt Streit was an unfailingly intelligent Albrecht. Manuela Uhl offered at times ravishing vocal performances matched by fine stage presence and sense.

Other Theater an der Wien audiovisual releases include Webers Euryanthe (2110656 / NBD0107V), which was an Opera News Editors Choice: the performers make a compelling musical case for the opera  its deceptively simple lyricism, formal inventions, haunting orchestration, dramatic insights and especially the role for chorus, which is, paradoxically, stellar.

Filmed in 2012 at the Theater an der Wien, Vienna