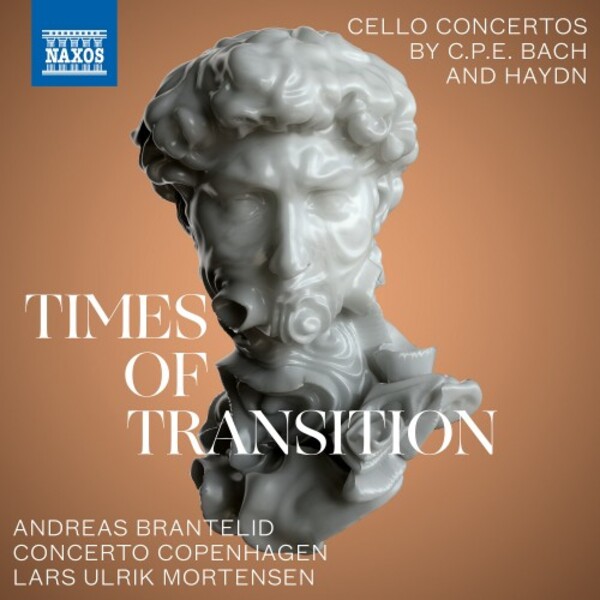 The three cello concertos on this disc illustrate that fertile period in the second half of the 18th century when features of the Baroque were gradually replaced by the so-called galant style. Foremost amongst the composers inaugurating this change was Carl Philipp Emanuel Bach whose Concerto in A major is a perfect example of the passionate and dramatic range that marked him out as a pivotal figure of his time. Haydns Concerto in C major modulates between older and newer styles, whereas his Concerto in D major is a Classical masterpiece, and a worthy companion to his greatest symphonies.

Andreas Brantelid is one of the most sought-after performing artists from Scandinavia, winning worldwide critical acclaim for his thought-provoking interpretations, uniquely colourful sound and engaging personality. Among the musicians who inspired and strongly influenced Andreas are pianist Bengt Forsberg and violinist Nils-Erik Sparf, both of whom Andreas has played with since 2002 in different chamber music formats. Lately he has started a trio with the Austrian violinist Benjamin Schmid and the Norwegian pianist Christian Ihle Hadland. For this recording, Brantelid plays on an Emil Hjort, Copenhagen 1887 with gut strings.

Cellist Andreas Brantelid plays the Myaskovsky Cello Sonatas with pieces by Glazunov on 8573985. Leading strings journal The Strad wrote: An exquisite recital of Russian Romantic pieces that really glows. These are all arrangements of works for cello and orchestra, and the second of the Two Pieces Op. 20, the Spanish Serenade, is especially delightful with Forsbergs sparkling arpeggios setting the scene for Brantelids infectiously light-footed dance. Altogether, a generally relaxed yet engaging programme which offers very pleasant and not too demanding listening, wrote BBC Music Magazine.

Lars Ulrik Mortensen and the Concerto Copenhagen recorded Italian Baroque music for Christmas on 8574264 (released November 2020). He has been active as a conductor for 25 years, and for almost 20 years he has worked exclusively with period instruments and original performance practice. In 2007 he received Denmarks highest music award, the Léonie Sonning Music Prize.

Concerto Copenhagen is Scandinavias leading Baroque orchestra and celebrates its 30th anniversary in 2021.