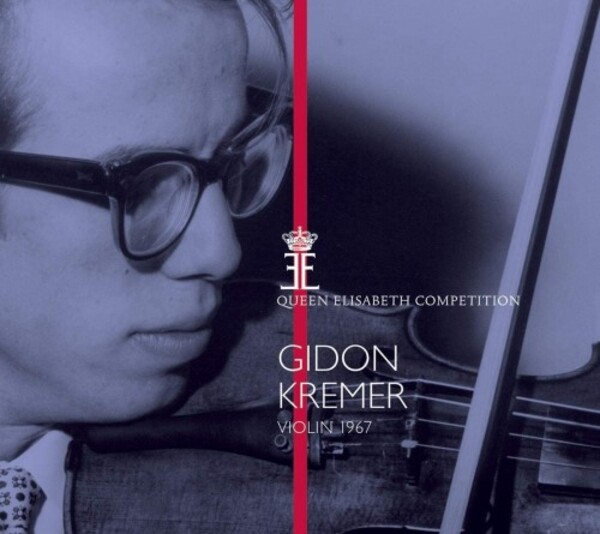 The Queen Elisabeth Competition for the violin of 1967 proved to be a fertile year for the massive Soviet delegation that had arrived in the attempt to sweep the competition, already won four years previously by the Russian Alexei Michlin.

In the final, three of the four laureates are Latvian, something that could not but ruffle the feathers of the Soviet authorities. Philippe Hirschhorns first place was beyond doubt, he was more than imperial and playing like that had unquestionably not been heard since Leonid Kogan in 1951. Yet on the third step of the podium, the public discovered an extraordinary musician in a young man aged barely twenty: Gidon Kremer. He presented an unusual programme, performing the Elgar Concerto, a work rarely played in the final of leading competitions. He was disappointed at his ranking, yet such a nature could not leave the members of the jury indifferent, in one way or another!

All of Kremer can already be found in these very first recordings of someone who would mark the history of his instrument for the next 50 years. His playing is nervy, at times abrasive, yet always soulful. There is no sense of artificial beauty with Gidon Kremer; he is a fighter for art, an outstanding musical personality that his subsequent immense career has shown every day.