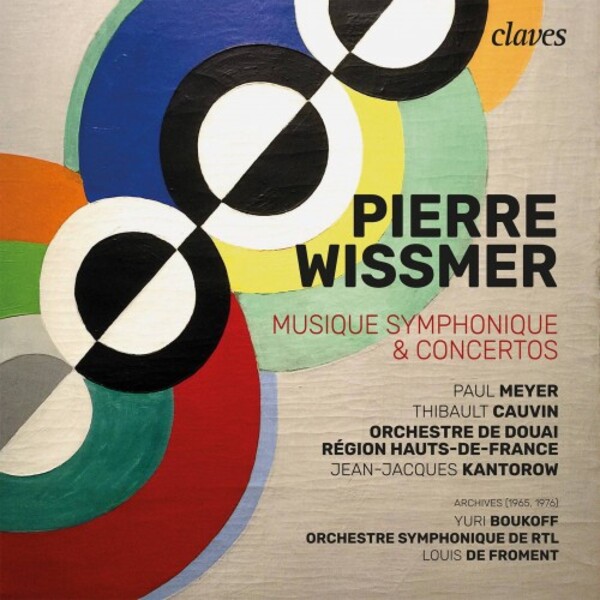 Born in Geneva, Pierre Wissmer (1915-1992) studied music at the Conservatory of his native city, before leaving for Paris in 1935 where he first worked with Roger-Ducasse, then Daniel-Lesur with whom he perfected his skills. Parallel to his creative career, the musician carried out substantial pedagogical activity which led him to teach musical writing, orchestration and composition at the Schola Cantorum (Paris), the Le Mans Conservatory where he became the director, and the Geneva Conservatory of Music. Similar to Aloÿs Fornerod or Jean Dupérier, he is one of the French-speaking Swiss musicians resolutely committed to France, and in his own way, profoundly influenced by Fauré, Debussy, Ravel or Roussel.

Pierre Wissmers style  imbued with a neo-classicism that also manifests the influence of Stravinsky  moved over the years towards both a more distanced relationship with tonality and a more introspective language, notably in his last symphonies. A master of instrumentation, Wissmer excelled in the interaction between soloist and orchestra all the while cultivating with delight the genre of the concerto, in the manner of André Jolivet or Henri Tomasi. If he devoted three concertos to the piano, three to the violin, and four to wind instruments (clarinet, flute, oboe, and trumpet), he also turned to rarer combinations: Concerto for guitar, Symphony Concertante for flute, harp and orchestra, or concerto for orchestra (Concerto valcrosiano).

The guitar holds a significant place in Pierre Wissmers catalog; after his Concerto for guitar and orchestra composed in 1954, he wrote several pieces for two guitars, a Partita for this instrument, and he used it in various vocal and instrumental scores.

The Concerto calls for a chamber orchestra that includes wind instruments in pairs. In order to ensure a balance between a solo instrument with limited sound amplitude and a relatively expanded orchestral formation, the composer frequently treats the guitar as a solo instrument alternating with purely orchestral sequences. In passages that bring soloist and orchestra together, the latter is reduced to a very small number of instruments.