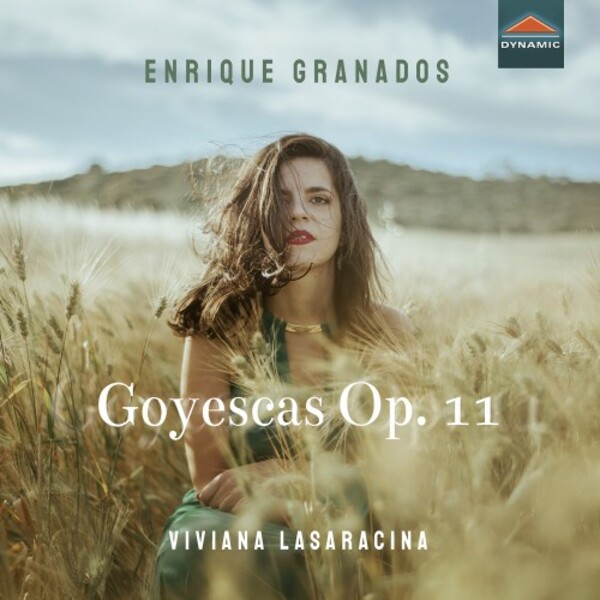 Spanish music reached a peak early in the 20th century, with Enrique Granadoss Goyescas numbered amongst the crowning masterpieces of its day. Infused with the innovations of Debussy and Ravel, and inspired by the colours and emotional depth of Goyas paintings and engravings, the Goyescas are like brilliant and psychologically elaborate improvisations filled with seductively ornamented harmonies. The cycle also conceals a narrative of love and death that Granados would later develop into an opera. Multi-award-winning pianist Viviana Lasaracinas playing was admired for its beautiful liquid tone and summed up as breathtaking in the New York Concert Review.

Viviana Lasaracina has received first place awards at important international piano competitions in Salt Lake City, Pretoria, Spain, Poznan, Germany, Finland and London (where she won second prize and the Best Performance of a Classical Work prize at the Open Piano competition in 2012). In March 2014 she debuted at New Yorks Carnegie Hall. Lasaracina has an intense concert schedule, appearing as a soloist, with orchestra, and in chamber ensembles at important venues and major festivals in Italy and abroad. Some of her performances have been broadcast by Radio Vaticana, Rai Radio 3 and Rai5.

Granados style, with its colourful virtuosity, rich in light and shade effects, his typically Spanish harmonic taste, and capacity to translate into music human feelings, now delicately, now with intense and dramatic participation, have enraptured and deeply moved me. I hope that it will have the same effect on those that will listen to this recording with abandon and without prejudice.  Viviana Lasaracina

This was my introduction to Viviana Lasaracina, another outstanding talent from the studio of Benedetto Lupo. Quite frankly, at first I almost couldnt believe my ears. ... This remarkable release shouldnt be missed. So compellingly individual are Lasaracinas sumptuous performances, you may find yourself, as I did, not thinking of Alicia de Larrocha even once.  Patrick Rucker
Gramophone August 2021