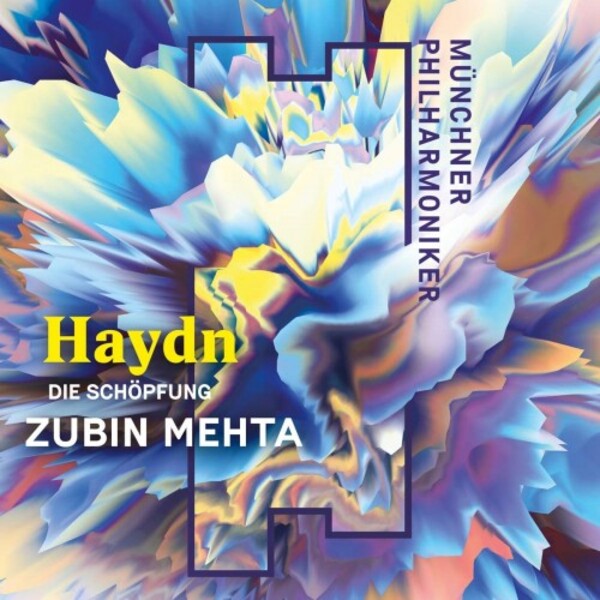 The Creation is a milestone in the history of the oratorio, a work in which Haydn set new standards, going far beyond the confines of Viennese classicism. In it he describes the creation of the world with ebullient lightness,taking the first chapter of Genesis as his starting point. Scored for what at the time were novel forces, the work features picturesque tone-painting, celebratory arias and monumental choruses, all of which underline Haydns timeless message and invite us to acknowledge and preserve the beauty and variety of Creation.

Over its 125-year history, the Munich Philharmonic has defined the sound of German music and performance. It has benefitted from close associations with numerous composers, premiering works by Bruckner and Mahler among others. It has worked with each generations greatest soloists and conductors and its most recent Music Directors include Rudolph Kempe, Sergiu Celibidache, James Levine, Christian Thielemann and Lorin Maazel. September 2015 saw the arrival of Valery Gergiev, as the Munich Philharmonics new Music Director, coinciding with a launch of a major media programme.

Coinciding with Gergievs arrival, the orchestra has launched an extensive media programme. The orchestra is producing a broad range of video and digital media content, establishing partnerships across the TV and digital sectors to create and distribute thrilling performances globally. Working with partners including Warner Music Group, Mezzo and Medici.tv, as well as distributing video content widely on social platforms, the orchestra is increasing its audience and supporting its new recording label.

Zubin Mehta was born in Bombay (modern Mumbai) in 1936 and grew up in a musical family. He studied medicine for two semesters before focusing solely on music and studying conducting with Hans Swarowsky at Viennas Academy of Music. He went on to win the Liverpool International Conductors Competition and the Sergey Koussevitzky Competition in Tanglewood. By the age of twenty-five he had already conducted the Vienna and Berlin Philharmonics. He was the music director of the Montreal Symphony Orchestra from 1961 to 1967 and of the Los Angeles Philharmonic from 1962 to 1978. He became principal conductor of the Israel Philharmonic in 1977 and was named the orchestras conductor for life in 1981. He stepped down from this position in the autumn of 2019. He became music director of the New York Philharmonic in 1978 and held this post for the next thirteen years. From 1985 to 2017 he was also principal conductor of the Maggio Musicale Fiorentino.

Zubin Mehta made his operatic debut in Montreal in 1963. Since then he has conducted at the Metropolitan Opera in New York, the Vienna State Opera, the Royal Opera, Covent Garden, La Scala, Milan, and the Salzburg Festival. From 1998 to 2006 he was general music director of the Bavarian State Opera, of which he remains an honorary member. He opened the new Palau de les Arts Reina Sofia in Valencia in 2006 and conducted the annual Festival del Mediterrani there until 2014. Among Zubin Mehtas many honours and awards are the Arthur Nikisch Ring and the Ring of Honour of the Vienna Philharmonic. In recognition of his exceptional achievements with the Munich Philharmonic, he was named the orchestras first conductor emeritus in 2004.