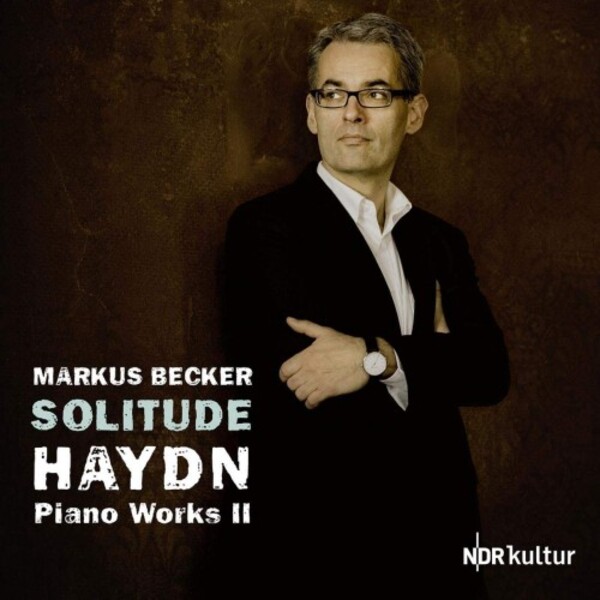 The five Haydn sonatas from his first album were chosen by pianist Markus Becker to cut a broad swath within Haydns variegated, highly inventive keyboard output: the widest possible range of formats, movement types, creative periods, and characters. Conversely, the works on his new recording are much closer to one another in terms of expression. Apart from the E flat major Variations, they are in minor keys. The result is a sort of programme album.

Solitude, or, more exactly, isolation, is what marked Haydns biography the most. Composing at the Esterhazy court, he lived far from Vienna, without the distractions of socializing among the upper set in the Imperial city. Haydn could remain at one with himself and his music, as he famously stated himself: No one near could confuse me, so I was forced to become original.

Born in 1963 in Osnabrück, Markus Becker is widely recognized on the international concert scene as an utterly convincing, highly formative interpreter of piano repertoire from J.S. Bach to Wolfgang Rihm, a programme director rich in ideas, and an established artist whose second home is jazz. Becker is regularly invited to guest at major events including the Ruhr Piano Festival, the Schleswig-Holstein Music Festival, and the Kissingen Summer Festival.

Since 1993, he has been a professor at the Hanover Academy for Music, Theater an Media, where he supervises a class of pianists and chamber ensembles while coordinating the academys Masters Degree programme in chamber music and directing its Institute for Chamber Music. With his CD recordings for the labels C-Avi, EMI, Decca, Thorofon, cpo, and Hyperion, Becker is the three-time winner of the coveted German ECHO Klassik award as well as the German Critics Choice Award. He has received a great number of further distinctions from international classical music magazines (Gramophone, Fono Forum, Klassik Heute, BBC Music Magazine, and the American Record Guide).