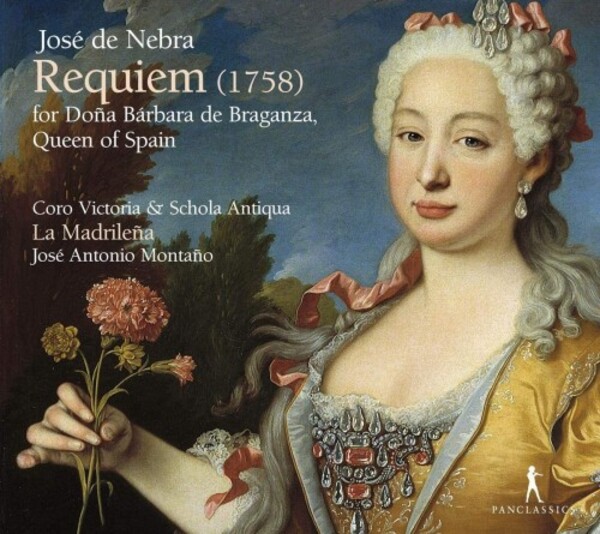 José de Nebra, born in 1702 to a family of musicians from Aragon, already made his career in Madrid as a young man: at the age of 17 he took over the position of organist from Tomás de Victoria and also celebrated great success at the opera. In 1736 he was appointed organist and later vice kapellmeister of the Royal Chapel. From this time on, his creative focus was on sacred music and he created more than 170 sacred compositions. After the coronation of Fernando VI and his wife Bárbara de Braganza, the musical work at the court experienced a great revival: the queen brought the famous musicians Scarlatti and Farinelli to the Spanish court and the Royal Chapel also experienced a great boom.
Nebras Requiem, first performed at the funeral of Queen Dona Bárbara de Braganza on 29 August 1758, clearly stands out from his sacred works: written for two choirs, string orchestra and two flutes, it combines techniques of the great vocal polyphony of the Renaissance with the modern compositional style influenced by Italy. Until well into the 19th century, Nebras Requiem remained in the repertoire of the royal orchestra as the preferred work for royal funerals, and the magnificent work is now available here as a world-premiere recording.