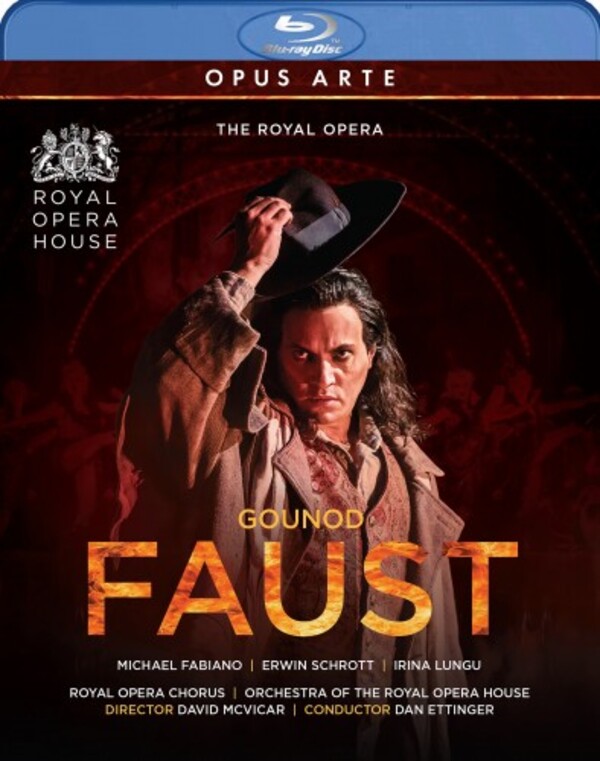 Disillusioned with life, the aged philosopher Faust calls upon Satan to help him. The devil Méphistophélès appears and strikes a bargain with the philosopher. Faust can have youth and the love of the beautiful Marguerite, but only in exchange for his soul

Gounods masterpiece is given the grandest of Royal Opera staging in David McVicars richly layered and theatrically exuberant production, with the drama moved to Second Empire Paris, spectacular sets and costumes, and extensive dance. Michael Fabiano as a seductively witty Faust, Erwin Schrott as a devilish Méphistophélès and Irina Lungu as a passionate Marguerite are joined by the Royal Opera Chorus and a cast of Royal Opera favourites. Dan Ettinger conducts the Orchestra of the Royal Opera House in Gounods gloriously tuneful score.

Schrott and Fabiano are devilishly good together  The Guardian ****

...Schrotts swaggering Mephistopheles had a tone of whip-cracking authority which blended perfectly with Michael Fabianos ringingly full tenor as Faust.  The Independent *****

A fascinatingly vital production  The Stage ****