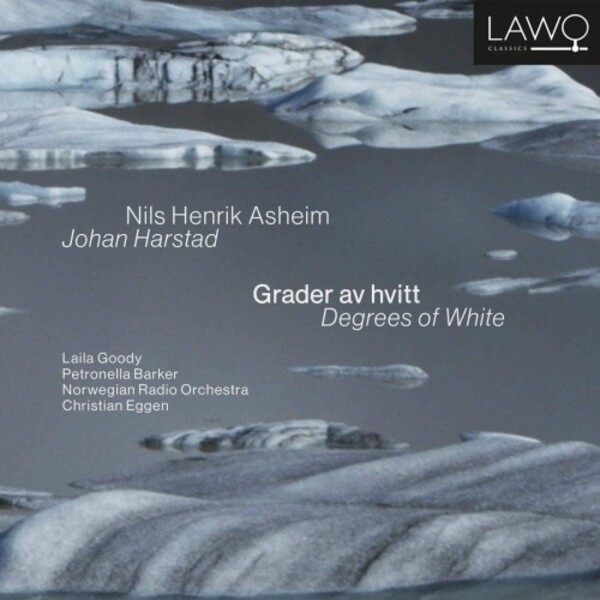 In his orchestral work Degrees of White (2006), composer Nils Henrik Asheim invites an author, an actor, and a noise musician into the symphony orchestra.

I wanted to work with (or against) a stream of text and thought of this text as its own sound, close to the soundscape, Asheim writes on his website. He commissioned a text from author Johan Harstad, who then wrote Degrees of White, a script that vacillates between the novel and the stage. In the preface to his book B-sides (2008) where the text is published, Harstad writes about how he consciously ...searches for a positive side to monotony, forcing the prose to become drama and forcing the drama to retain an element of prose[.]

The narrator in the text is a woman, and in retrospect, we understand that she has long fantasized about freezing to death. In the present time of the text, she is skiing across Greenland with her husband, and the reader follows her through an inner monologue. She declares early on that she has removed her coat. And I am beginning to freeze to death. Thats the kind of thing I know. The orchestral work allows the frost and the stark whiteness to be expressed in several ways. The work consists of four parts.

The colour white is explicitly introduced early in the first section, when a recording of the actors voice complements the small outbursts in the orchestra, with the words White. In the white. Within the orchestral landscape we find the winds placed into three groups, each containing both woodwinds and brass, creating a sound more uniform across the room.

A quartet, plucked out of the string section, lies far ahead within the soundscape, with musical material consisting of short, pale white tones and friction sounds.

The colour white also serves as a motif in the text, where the woman tells us about a wedding dress so white that I almost disappeared. We also learn that Greenland sends off blocks of 25,000 year old ice encapsulated air from a time when no human being yet walked the earth for exclusive ice cubes for Japanese bars. Variations of this story return as a refrain throughout the work.