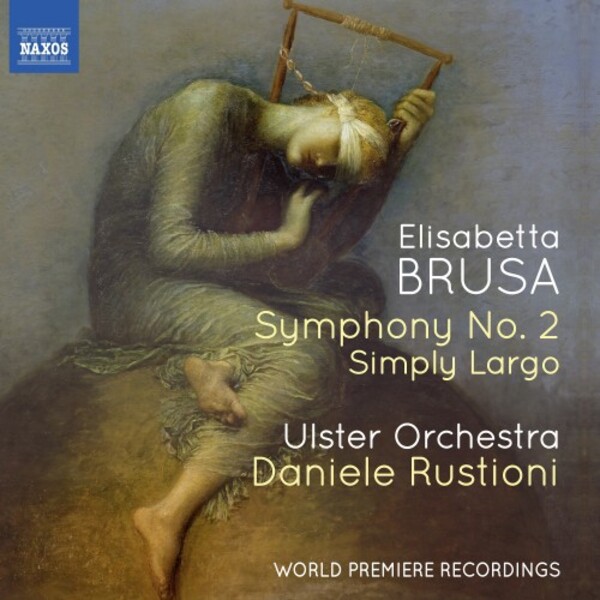 Symphonic thought is at the heart of Elisabetta Brusas oeuvre, whether in larger forms or solo instrumental works. As with the composers Symphony no.1 (8573437), the Symphony no.2 follows a Classical four-movement form with harmonies that are essentially tonal and richly coloured. Emotions are vivid and the rhythms are punchy and passionate whether in fanfare figures or in the beautiful solemnity of the slow movement. Simply Largo is a short song without words with a seamless melodic clarity that reflects Brusas power to summon up great expressive depth.

Many of Elisabetta Brusas works are for orchestra, with commissions, performances and broadcasts across Europe, North America, Australia and the Far East. Naxos has previously issued three volumes of her orchestral music, including her Symphony no.1 and the symphonic poem Merlin with the Royal Scottish National Orchestra conducted by Daniele Rustioni (8573437).

Daniele Rustioni is one of the most compelling conductors of both opera and symphonic works of his generation. Principal conductor of Opéra National de Lyon since September 2017, Rustioni has served as chief conductor of the Ulster Orchestra since the 201920 season. He is in demand worldwide as a versatile conductor of symphonic music.

The Ulster Orchestra have presented an extensive discography for Naxos. Under JoAnn Falletta they recorded John Knowles Paines Symphonies nos. 1 and 2 (8559747 and 8559748), which received several accolades including 5 stars from BBC Music Magazine (Paine emerges in these devoted performances as a gifted master in his own right) and WQXR New Yorks Album of the Week. The orchestras other recordings included works by Gustav Holst, Philip Glass and John Tavener, among others.