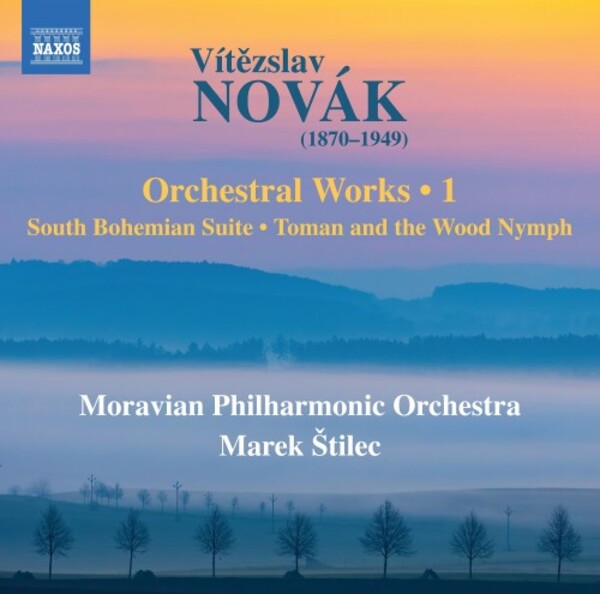 Vítězslav Novák, a composition student of Dvořák, rose to prominence with a series of increasingly ambitious orchestral works that reflect his very personal amalgam of folk music elements, impressionism and late Romanticism. The far-ranging harmonies heard in Toman and the Wood Nymph earned Novák some notoriety  his evocation of supernatural magic and human passion results in music of heady intensity. The evocative aura of the later South Bohemian Suite is notable for the subtlety with which folk songs are embedded into its textures.

Conductor Marek tilec is Naxoss expert for Czech orchestral music. He has recently completed a series of works by Zdeněk Fibich  the final volume features Symphony no.3, released in June 2020 (8574120). ClassicsToday.com praised the recording, and stated: tilec understands the music, and conducts with obvious conviction, as well as that lively rhythmic impulse that all Czech music seems to possess, even when (as here) it does not sound obviously Czech. (9/9)

The Moravian Philharmonic Orchestra is one of the foremost and oldest symphony orchestras in the Czech Republic. The orchestra has amassed an exceptionally broad, rich and varied repertoire. Its focus is mostly on the grand figures of classical music of the 19th and 20th century. The orchestra is an authentic performer of works by distinguished Czech composers such as Dvořák, Smetana, Janáček, Martinů, Novák and Foerster, among others.