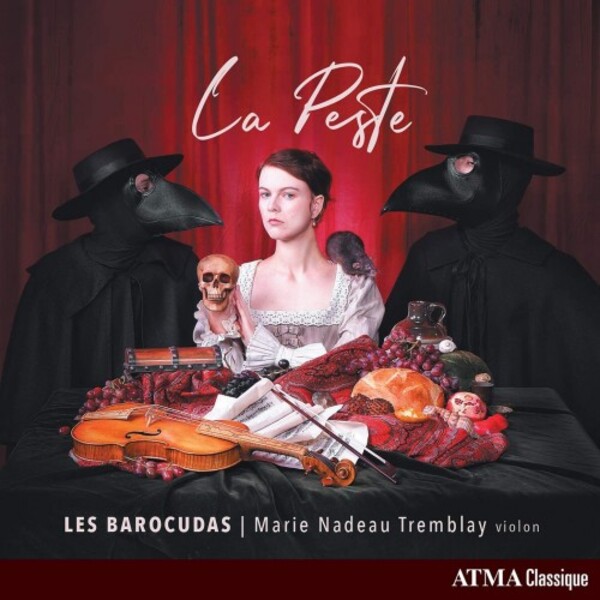 Known for its daring and youthful performances, the ensemble Les Barocudas makes its ATMA Classique recording debut with La Peste, a musical journey that explores the theme of the plague.
The members of the Montreal-based trio, Marie Nadeau-Tremblay (violin), Ryan Gallagher (viola da gamba), and Nathan Mondry (harpsichord), have compiled a programme in which each piece corresponds with an episode or aspect of this 17th-century pandemic.
All of the composers selected for this album, Schmelzer, Castello, Fontana, Pandolfi, Rossi, Farina, were violinists, and all of them were affected by the plague, in some cases, fatally.

"When Les Barocudas chose the theme of the plague for this album back in September 2019, we had no idea it would become so topical. A premonition? We'll never know, but it's clear that a plague-themed recording can't help but evoke parallels with the COVID-19 pandemic," said Marie Nadeau-Tremblay.

Les Barocudas have established themselves as a bold and energetic ensemble whose presence on the early music scene is as formidable as it is eccentric. The trio has charmed North American audiences with their refreshingly unconventional approach to early music interpretation.