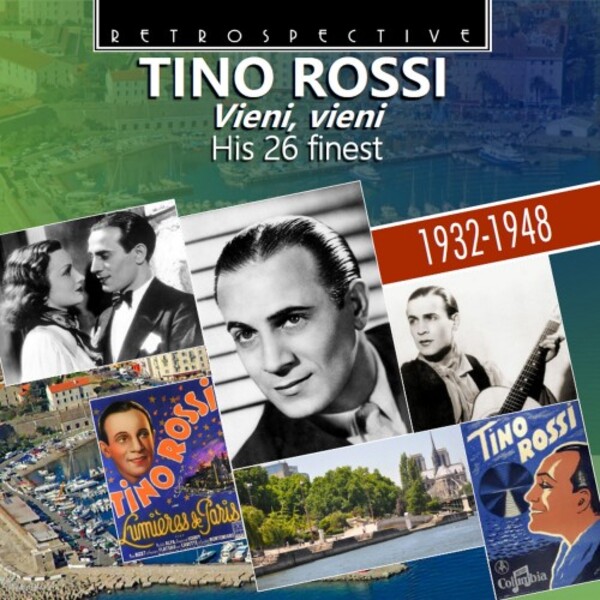 Tino Rossi (1907-1983) was the chanteur de charme par excellence, hailed as the most famous Corsican since Napoleon, and he is still numbered among the most popular French entertainers of all time. Vieni, vieni was both the title of his first big international success and of Retrospectives survey of the 26 finest songs from his phenomenal career. The romantic tenor began as a Corsican troubadour singing in French cabaret and on radio. But it was when his film career got under way that he became one of the countrys top idols. Marinella, Mia piccolina and Paris, voici Paris are among many hugely successful film songs, although all pale before the astonishing post-war triumph of Petit Papa Noël which became Frances Christmas national anthem. Rossi was also outstanding in opera (one critic favourably compared him to Gigli!), and his lyric tenor is a joy in arias from Le roi dYs, Manon and Les pêcheurs de perles. Few can melt the heart as readily as can Tino Rossi in Neapolitan songs such as Core ngrato, or such quintessential French repertoire as Jattendrai  and theres even one song in English: Roses of Picardy.