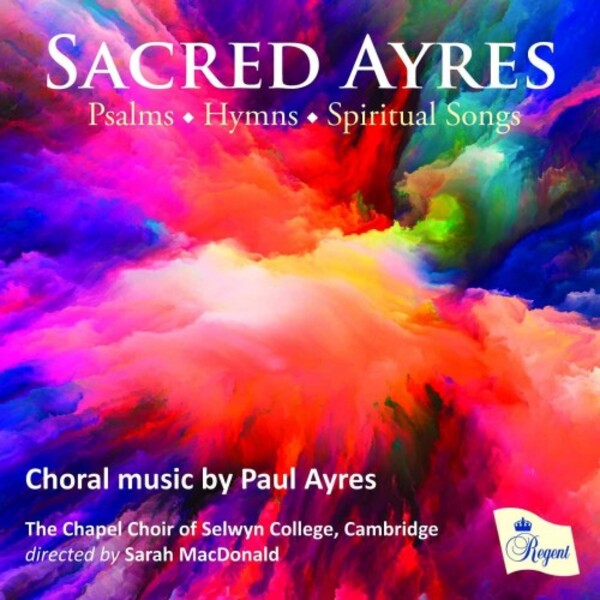 Paul Ayres was born in London, studied music at Oxford University, and now works freelance as a composer and arranger, choral conductor and musical director, and organist and accompanist. He has received over one hundred commissions, and his works have been awarded composition prizes in Bulgaria, Canada, Croatia, New Zealand, Poland, Russia, Spain, Switzerland, the UK and the USA. Paul particularly enjoys recomposing classical works (Purcell, Bach, Handel, Fauré) and classicizing pop music (jazz and show tunes, The Beatles, Happy Hardcore).

Paul conducts City Chorus and London College of Music Chorus (at the University of West London), accompanies Concordia Voices, and is associate accompanist of Crouch End Festival Chorus. He has led many music education workshops for children, and played piano for improvised comedy shows and musical theatre. Please visit www.paulayres.co.uk to find out more.

This is the first recording entirely devoted to his choral compositions.
Reviews of recent recordings from the Chapel Choir of Selwyn College, Cambridge, under their director, Sarah MacDonald, on Regent:
unanimous virtuosity.  Organists Review (REGCD542)

The superb choir gives as good an account of these pieces as possible.  American Record Guide (REGCD503)

The choirs are chameleon-like in their ability to change color, tone, timbre, mood, and idiom on the absolute fly...  American Record Guide (REGCD485)

The excellent Chapel Choir of Selwyn College, Cambridge, gives shimmering interpretations of a technically testing programme...As the music builds in so many permutations, you are left with original works of beauty in which Sarah MacDonald guides her singers to great heights. - Choir and Organ (REGCD485)