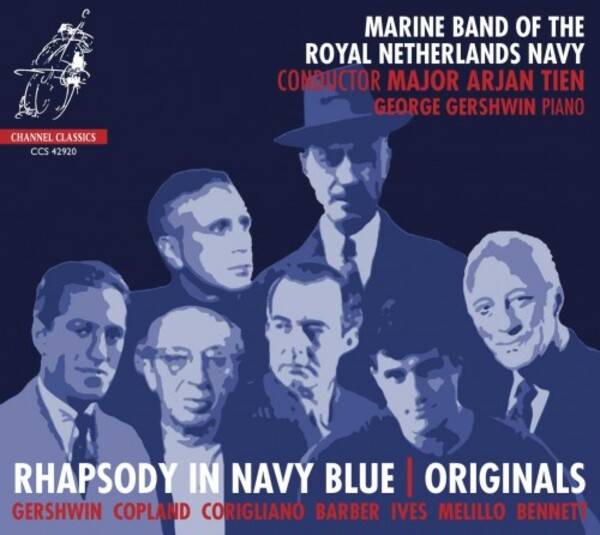 What makes American music so recognizably American, including the compositions for wind instruments on this special CD? Is it because it mirrors a multicultural nation? A nation of migrants from across the world, of slaves, and, not to forget, of the original Indian inhabitants?

In American music of the twentieth and twenty-first centuries, these cultures and styles seem to encounter one another and intermingle, stretching from Charles Ives through Aaron Copland to John Adams. In contrast to Europe, traditions in America are less firmly anchored historically, since the nation is relatively young and its musical history much shorter. Classical music in Europe was once something of a sacred bastion, as became quite clear in the 1920s and 1930s, when that world was often shaken up by composers who liked to dilute their classical creations with generous dashes of jazz. Among them were Maurice Ravel, Francis Poulenc, Arthur Honegger, Darius Milhaud and Paul Hindemith. At first there was resistance in the USA to the influence of jazz and blues on classical music, as experienced by Aaron Copland, who decamped for some time to Mexico. But the crossing between serious and light gradually became fluent in America, and audiences generally came to acknowledge that music may be well-sounding and rhythmically catching.

This recording offers a fine sampling of music from the USA for military band, and illustrates this typical, multicoloured American amalgam of folk music, religious hymns, jazz, blues, marches and other military music.

A piano roll made in 1925, featuring the composer as soloist, was discovered by chance. There was just one problem, however, for the roll comprised not only the solo part but also the accompanimental (piano) part. The approximately 5000-6000 little perforations were sealed by Jan Bouman, and the result is nothing less than a revelation.