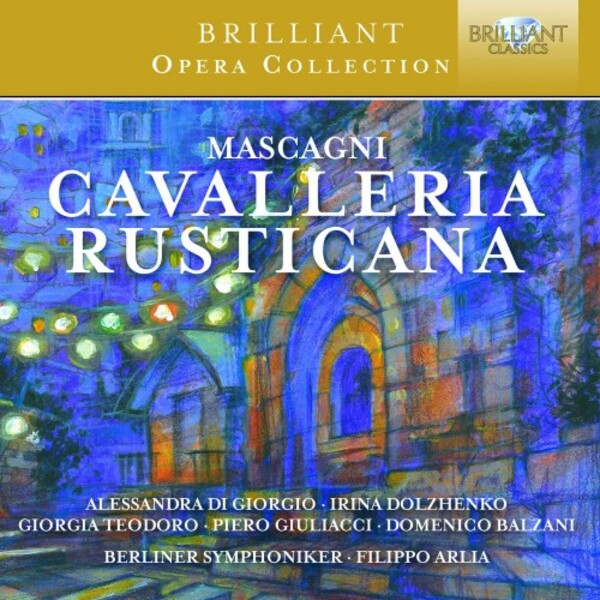 One would be hard pressed to find an opera more proudly Southern Italian than Cavalleria rusticana, set in Vizzini, a small mountain village in the Sicilian hinterland that was the birthplace of the storys playwright, Giovanni Verga. Its enduring popularity makes it surprising indeed that the last studio recording dates to exactly 30 years ago (1990, Semyon Bychkov), preceded just a year earlier by Giuseppe Sinopolis critically acclaimed production dedicated to his father, who, like its protagonists and Verga, was Sicilian. This new interpretation is thus long overdue and joins a small but prestigious circle of recordings, with Carmine Gallone (1953, film), Tullio Serafin (1960), Herbert von Karajan (1965), James Levine (1978), Franco Zeffirelli (1982, film) and Georges Prêtre (1983) predating Sinopoli.

This recording revives Mascagnis voice in a new millennium with artists capable of honouring the verismo vocal colour he pioneered, before an entire generation of opera composers followed suit.