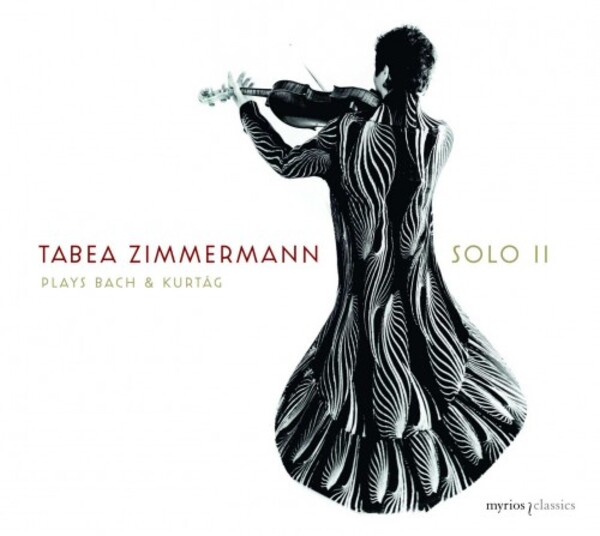 Ten years after her acclaimed album Solo with the first two cello suites of Johann Sebastian Bach, violist Tabea Zimmermann now sets her sights on Suites Nos. 3 and 4. She pairs them with excerpts from György Kurtágs cycle Games, Signs and Messages, selecting six numbers to form her own personal homage to Bach.

For what kind of instruments did Bach write his solo suites BWV 1007-1012? How did they sound, what did they look like? This subject still gives rise to much speculation. Johann Peter Kellners manuscript copy from the early 1700s is one of the two main sources for the six solo suites, and it indicates a viola basso. The violoncello had not yet become standardized in terms of size, construction, and playing technique; Bach probably had instruments in mind such as the violoncello piccolo or the viola da spalla. The latter was a viola attached in front of the body by a strap: Bach performed the viola da spalla in public himself  possibly these suites. Tabea Zimmermann has not switched her musical hardware for this recording: here she plays her 1980 Vatelot viola with a classical bow.

In 2009, the album Solo (MYR003) launched Tabea Zimmermanns collaboration with the myrios classics label. The release was crowned with a multitude of international awards: Gramophone Editors Choice, Stern des Monats in Fono Forum, 4f in Télérama and 5 Stars in the Italian magazine Musica; moreover, in response to that groundbreaking recording, the jury of the coveted German ECHO Klassik Prize selected Tabea Zimmermann as 2010 Instrumentalist of the Year.

We need Bachs music, regardless of the instrument  Tabea Zimmermann

Now she tackles, with supreme elegance, No 3 in C and No 4 in E flat, her performance buoyant, lithe, with a flexible attention to ornament and phrasing.
The Observer

It comes as a revelation to hear Bachs cello suites performed on a viola by this great German musician, Tabea Zimmermann. Here they have a dynamism never achieved on the cello, and her playing has a wonderful eagerness and persuasiveness. ... Tersely suggestive, and at times emotionally explosive, [Kurtags] little pieces open up intriguing new landscapes.  Michael Church
The Independent 8 October 2020