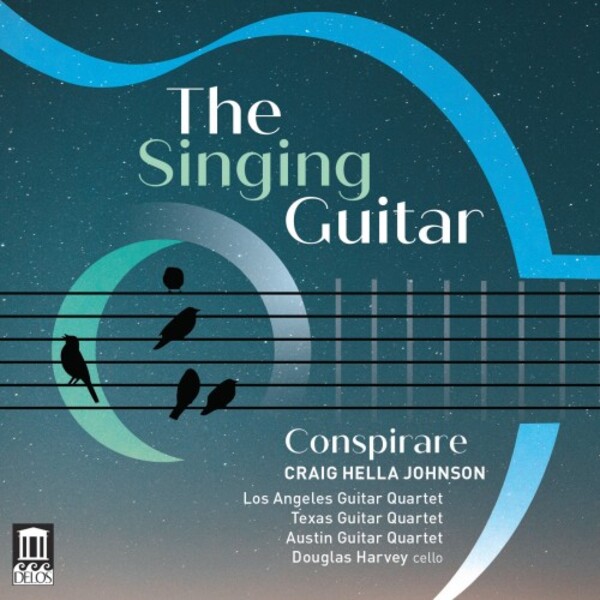 The Song That I Came to Sing

How Little You Are

The Song That I Came to Sing

How Little You Are

The wonderful Conspirare chamber choir, known for its interpretive depth and otherworldly sonic lushness, offers another of its captivating programmes  this time joined by three superb guitar quartets  in a programme remarkably relevant to our time.

Conspirares 2019 Delos album, The Hope of Loving (DE3578), was nominated for a Grammy Award for Best Choral Performance in 2020. That album was given a release party hosted by Classical MPR and ChoralStream. The concert version of The Singing Guitar was performed to full houses and has been featured, along with interviews, on KUTX radio. The combination of guitar quartet and chorus is so successful its surprising that more composers have not written for it. Nico Muhlys How Little You Are, one of four compelling compositions on the album, is accompanied by twelve guitars.

Conspirare reaches over 15,000 followers across their active Facebook, Instagram, and Twitter profiles. Their YouTube Channel has nearly 5,000 subscribers and their recordings bring over 56,000 monthly listeners on Spotify. The album also features composer Nico Muhly who has a social reach of over 100,000 across Facebook, Twitter, and Instagram. Alongside the choir, the Los Angeles, Austin, and Texas Guitar Quartets bring a combined 25,000 social followers.