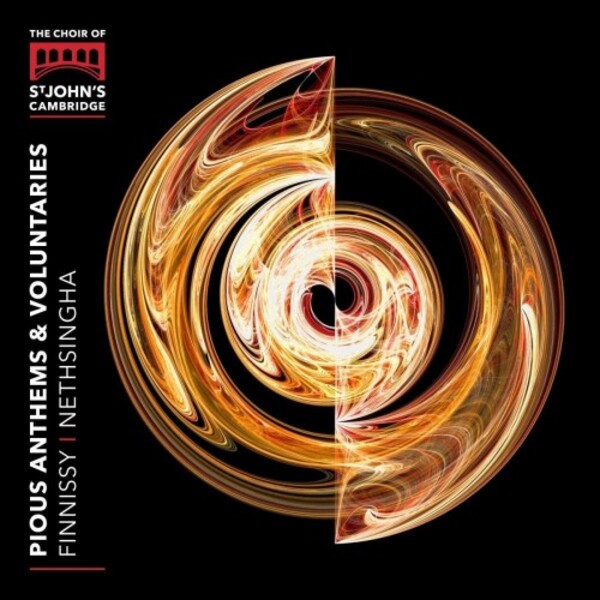 Michael Finnissy was born in Tulse Hill in 1946. He studied at the Royal College of Music with Bernard Stevens and Humphrey Seale and in Italy with Roman Vlad. Much of his early work was first performed in France and the Netherlands, while he was working as a freelance repetiteur and pianist for dance classes. He taught at the Royal Academy of Music, at the universities of Sussex and Southampton and at the Katholiek Universiteit in Leuven. He has also given summer courses at Dartington and been resident artist at the Victorian College of the Arts in Melbourne (Australia). He has been featured composer at the Huddersfield Festival several times, at the Sydney Gay and Lesbian Mardi Gras and many other places across the world, most recently at SICPP in Boston USA.

Here, The Choir of St Johns College, Cambridge perform Finnissys deep, rich and fulfilling music - created as part of a residency, which combines evocative works directly inspired by Tudor Music from the choir's library with more free-form inspirations of this material by the composer.

It has taken Conductor and Director Andrew Nethsingha four years to gradually learn the pieces on this recording. He says it has been a deeply enriching experience which I want others to share.

Though his music is less widely known than that of some of his younger colleagues, Michael Finnissy has been a significant figure on Britains new music scene for the last forty years or more. A remarkably prolific composer, his back catalogue boasts scores of highly demanding yet compelling works, ranging from opera and vocal pieces to dazzlingly complex, virtuosic and often ambitiously-scaled compositions for his own instrument, the piano, with much else besides. Though his early involvement with the London School of Contemporary Dance resulted in many instrumental works, Finnissy has always been drawn to music for the voice (his knowledge of the repertoire is formidable), and he has increasingly focused on choral music (EXAUDIs recent disc of vocal works from 1974-2015 on Winter & Winter provides a useful single-disc survey).

Still, it was a bold decision on the part of Andrew Nethsingha to ask Finnissy for a cycle of four anthems, commissioned to coincide with the 150th anniversary of the St Johns College, Cambridge, Chapel building, not least because the technical complexity of much of Finnissys music places huge demands on choirs whose top voices are sung by boys. Now the results of that commission, written during a three-year composer residency, have been recorded, and they are a tribute not only to Finnissys richly-seamed, uncompromising yet constantly rewarding music, but to the responsiveness, technical mastery and professionalism of the St Johns College Choir, Nethsingha and the small team of supporting instrumentalists.

What was originally intended to be a series of a cappella anthems drawing on works from the past as found objects to act as musical springboards soon expanded to include organ commentaries on each work, voluntaries which subjected the musical material to deeper, more complex consideration. The first two anthems are based on motets by Tallis  the Eastertide Dum transisset Sabbatum and Videte miraculum for the Feast of The Presentation of Christ in the Temple. Each of these is followed by an organ double  a Baroque type of variation often encountered, for example, in the works of Bach.

And it was to Bach that Finnissy turned for the third anthem, his own distinctive response (or reworking?) of the Cantata BWV 96 Herr Christ, der einge Gottessohn. Like the Bachian template, this falls into seven movements, including recitatives, arias, and framing choruses. It is accompanied by instrumental forces of organ, flute and violin, all drawn from Bachs original score. These instruments also provide the line-up for the voluntaries that frame the cantata  the first a commentary on the well-known chorale Wie schön leuchtet der Morgenstern, the second another commentary, this time on the unfinished 27-bar organ Fugue in C minor, BWV 562/ii, in which Finnissy seems to take cues from the rests in Bachs original to break off abruptly from a relatively straightforward instrumental reworking of the original into music which bursts in proliferation with figures derived in part from the Bachian template.

This tendency to start from a basis of relative simplicity and move towards increasingly complex expansion is characteristic of Finnissys music in general, and in some way or other it features in all the pieces here. (The way the cycle itself mushroomed from the original brief is another instance.) The final anthem takes as its starting point Michael Tippetts 1943 double-choir motet Plebs anglica, a vision of heaven whose Latin text was originally written in honour of St Michael. It is followed by an alternativo (another Baroque variation term), this time for two organs.

The cycle as a whole describes a journey from earthly life to life after death (as Nethsingha points out in his detailed and extremely helpful booklet notes), but also focuses on such themes as time and space, heaven and earth, birth, and the life of Jesus. Finnissys music ranges from sensitive but colourful rescoring and spare but exquisitely beautiful textures in a modal-tonal vein to passages of powerful, rich modernism, sometimes (as in the final bars of the concluding Plebs anglica  alternativo) downright confrontational. As a composer, Finnissy has never been one to dodge social, political or artistic issues, and his music here demonstrates that thoughtful yet critical engagement with his material at its best.

When he set out to write this cycle, he wanted to create something useful, with guts and brains, and beyond the mere provision of feel-good trivialities. His own introductory notes provide an excellent, unpretentious insight into the works genesis. Yet it is equally true that, in Nethsinghas words, This is extremely beautiful music  rich, deep, full of colours, emotions and allusions. Both views come across strongly in these consistently assured performances, in which the St Johns Choir are on fantastic form, thoroughly committed, and with outstanding vocal solos, not least from treble Philip Tomkinson, but also from countertenor Hugh Cutting, tenor Gopal Kambo, and basses James Adams and Oliver Morris). And theres sterling work from organists Glen Dempsey and James Anderson-Besant, flautist Sarah OFlynn and violinist Cecily Ward. It all adds up to an enormously impressive cycle.

As a way into Finnissys endlessly rewarding soundworld, you might try disc 1 (the two Tallis anthems with their commentaries), or instead sample the purely instrumental movements across the two discs (priced as one, and with a total timing of 84 minutes). This pair of ears found listening through to the whole sequence the most immersive approach, then returning to individual pieces, a method which has consistently repaid closer attention on repeated listening. This is some of the most compelling music written for the English choral tradition in many years, and as a cycle its a hugely important addition to the repertoire. It deserves to be heard (and reheard) by as wide an audience as possible. The results are infinitely rewarding, and a review like this can barely scratch the surface of this achievement.

As a cycle its so admirably balanced that one can take the whole thing in at a sitting. ... Its great, in the first place, for an institution of this type to have approached a composer whose demands were always likely to challenge it. The Choir of St Johns College rise to those challenges gamely, their advocacy naturally essential to the success of the project. And it is a success.  Fabrice Fitch
Gramophone September 2020 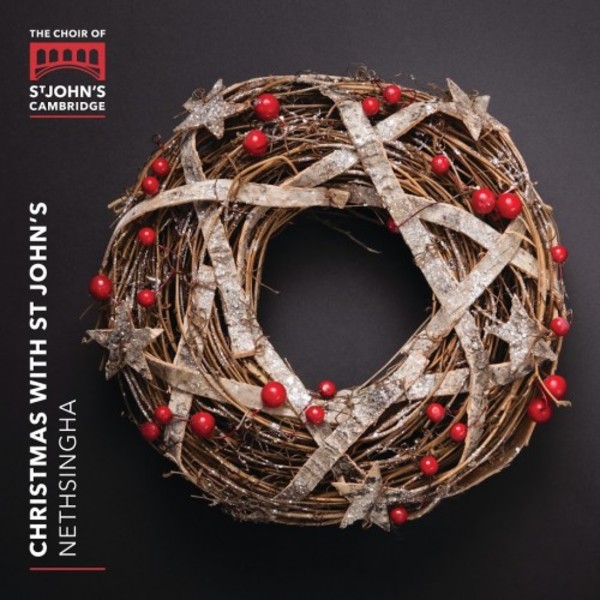 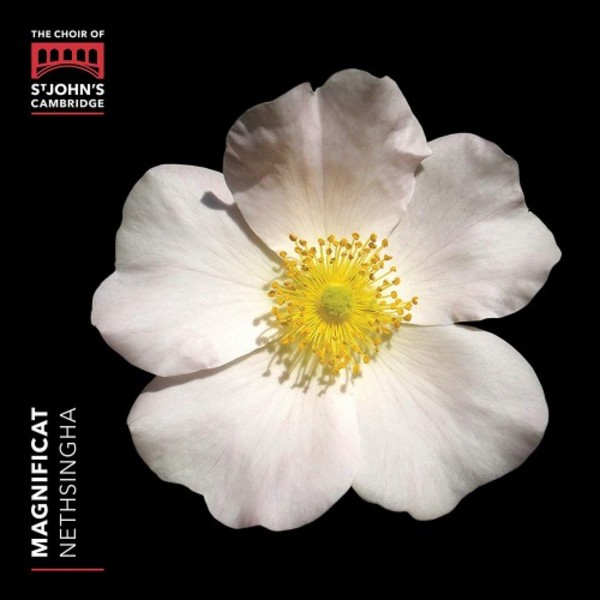 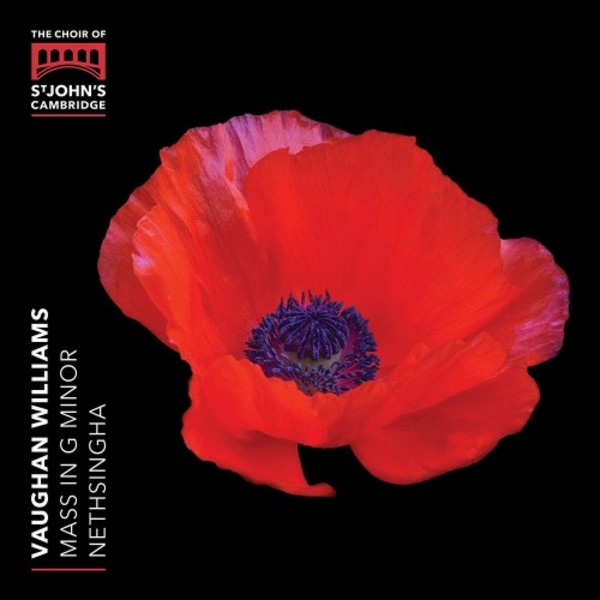 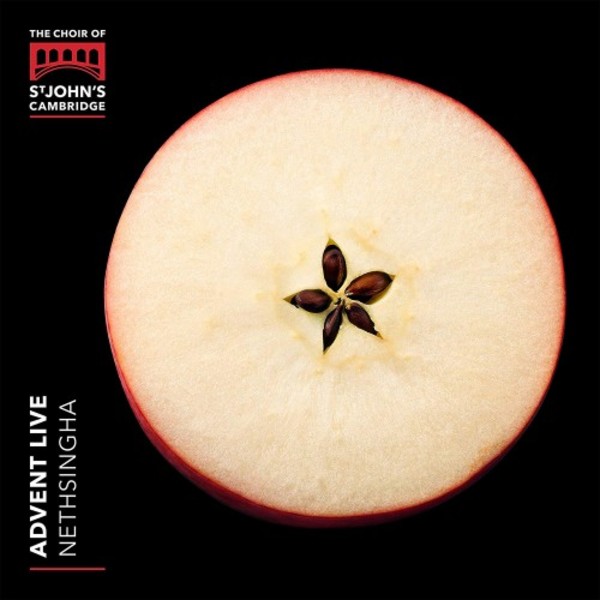 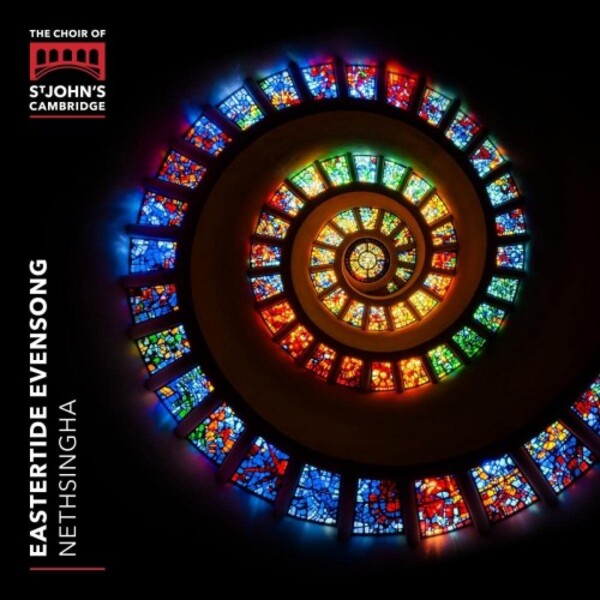