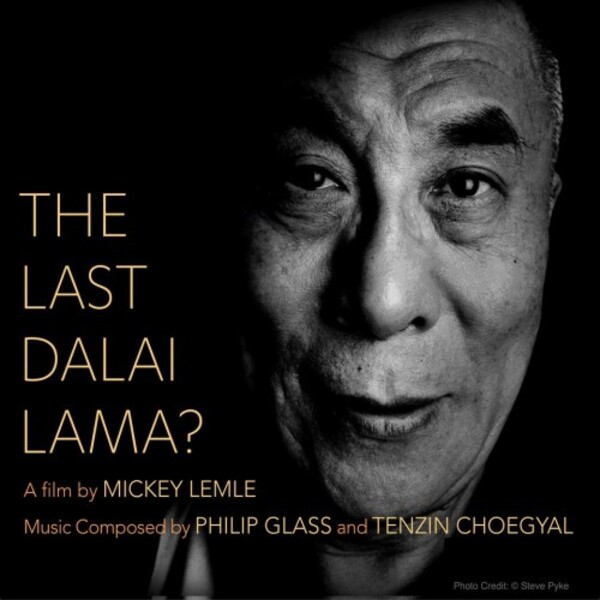 Orange Mountain Music presents the original soundtrack to the documentary The Last Dalai Lama? Over a period of many years, filmmaker Mickey Lemle set about capturing a portrait of His Holines the Dalai Lama, now in his mid-80s, as he travelled the world talking about his life, compassion, his disciplines, and his work. The film presents a number of captivating testimonials from clerics not in the tradition of Tibetan Buddhism, to advocates and allies, to a former president of the United States.
The film commissioned original music from Philip Glass and Tibetan musician Tenzin Choegyal. The score is performed by Glass and Michael Riesman on pianos, Tenzin Choegyal on vocals and various Tibetan instruments like lingbu and dranyen, Tim Fain on violin, Robert Black on double bass, and the Scorchio String Quartet and Choegyal performing Snow Lion.
Another quintessential traditional offering Om Ma Mi Phad may Hum can be heard in Heart Strings, sung by 150 Tibetan children from the Tibetan Childrens Village School in Dharmasala, India. The album ends with Philip Glasss own performance of Mad Rush, performed live in the Cathedral of St. John the Divine in New York. Glass is featured in the film discussing the Dalai Lama and playing Mad Rush, a piece which was composed for the Dalai Lamas first public address in New York in 1978. Back then, the organizers asked Glass for a piece of indeterminate length and the composer was happy to oblige. Living nearby, the composer visited the Cathedral and wrote the piece on that specific organ. Mad Rush became one of Glasss most well-known pieces.

Music from the Hours

Pianos in the Kitchen