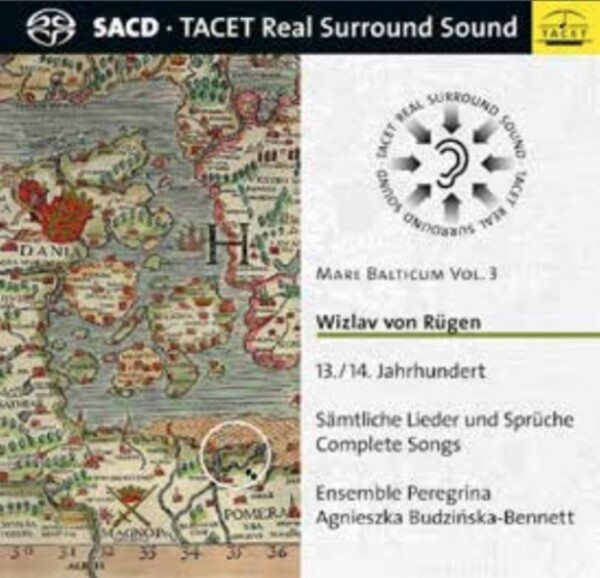 Volume 3 of the already critically lauded TACET Mare Balticum series pays homage to Wizlav von Rugen (c. 1268-1325) with the first complete recording of his songs.
Ensemble Peregrina, founded in 1997 by Polish singer and musicologist Agnieszka Budzinska-Bennett in Basle, researches and performs sacred and secular music from ninth- to fourteenth-century Europe. The ensembles main interest lies in the early polyphonies and monophonic repertories of the Notre Dame school and Aquitanian nova cantica; the aim always being to look for a creative counterpoint to the mainstream in the less known peripheral sources.
The ensembles programmes are characterised by a careful choice of themes and pieces, always paying close attention to their textual and musical interrelationships. At present the core of the ensemble is Agnieszka Budzinska-Bennett, Lorenza Donadini, Hanna Jarvelainen, Grace Newcombe, Baptiste Romain and Marc Lewon. For the project Mare Balticum the ensemble was joined by Benjamin Bagby (Sequentia).