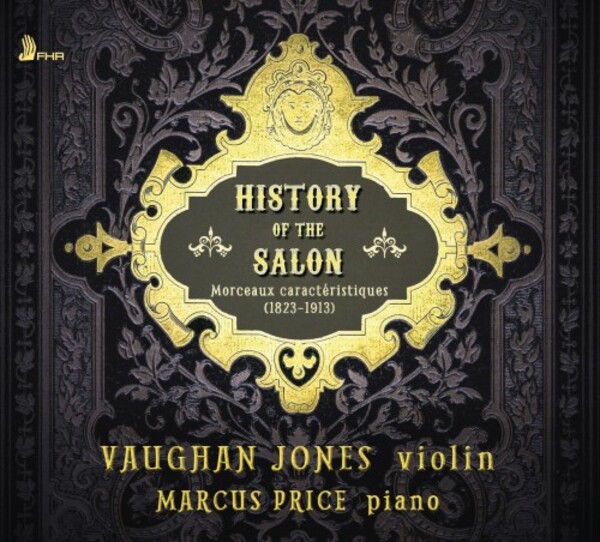 Serenade no.1 in A major

» no.1 Canzonetta in B minor

» no.1 Barcarole in G major

Serenade no.1 in A major

» no.1 Canzonetta in B minor

» no.1 Barcarole in G major

A fascinating and varied selection of 23 treasures (includes premiere recordings), written for violin and piano spanning nearly a hundred years.
Many of the pieces on this album were highly popular in the early days of acoustic recordings, but have now almost completely fallen out of fashion. Revisiting these brilliantly written pieces gives the listener a deeper understanding of popular musical styles and tastes in the 19th century. Although the word salon derives from a room in a domestic dwelling (in 1836, Robert Schumann referred to Salonmusik  a term he incidentally coined  as a combination of sentiment and piano passage), it also came to refer to private gatherings of composers and well-to-do members of society congregated in order to appreciate musical performances of a shorter and more varied nature, as distinct from those of longer chamber works.
The charming, off-the-cuff pieces that so delighted audiences up until relatively recently seem to have faded away with the last performers of the romantic tradi on. This album serves to illuminate the brilliant music that many of these underrated yet highly talented 19th-century composers gave us.
... played with a purity, profundity and sense of dramatic architecture that truly stops you in your tracks. Really, bravo.  Gramophone, Editors Choice  (Vilsmayr - Partitas, FHR038)