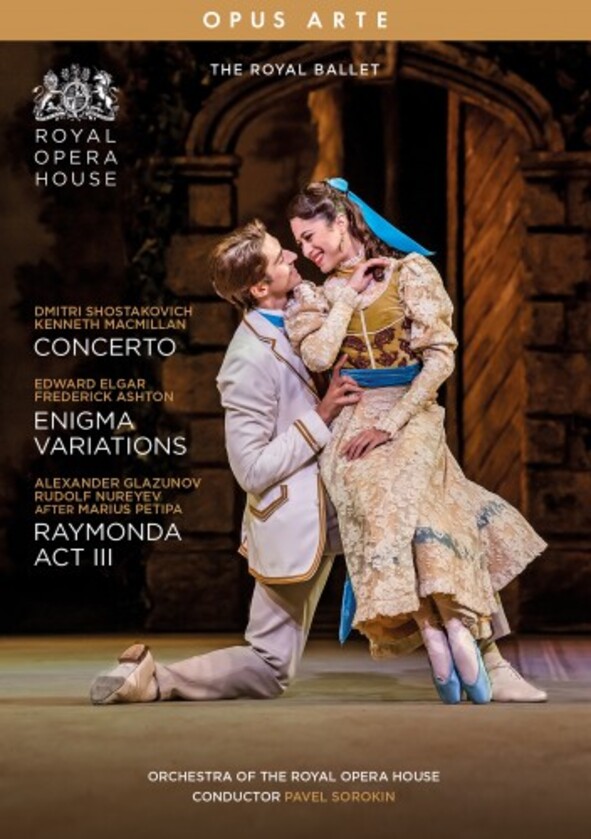 A triple-bill of heritage works from three of The Royal Ballets most cherished choreographers.
From The Royal Ballets classical origins in the works of Petipa, to the home-grown choreographers who put British ballet on the world stage, this mixed programme highlights the versatility of the Company. Petipas Raymonda Act III is Russian classical ballet summarized in one act, full of sparkle and precise technique, while Ashtons Enigma Variations is quintessentially British in every way  from its score by Elgar and period designs by Julia Trevelyan Oman, to Ashtons signature style, the essence of British ballet. Concerto, MacMillans fusion of classical technique with a contemporary mind, completes a programme that shows the breadth of the Companys heritage.
The Royal Ballet is at the top of its game in a new triple bill of MacMillan, Ashton and a pinch of Petipa...  The Guardian ★★★★
The Royal Ballet honours its heritage with a varied triple bill that illustrates the range of its repertoire and gives both corps and soloists ample opportunities to shine  Culture Whisper ★★★★
OSullivan dances with a sunbeam brightness and zest to match her tangerine-coloured costume... The Nimrod variation is a memorable evocation of mature friendship; catching at the shifting currents of conversation and companionship with a finespun physicality... Princely Vadim Muntagirov follows suit with pantherine leaps and theres strong support from the soloists and fluffy-hatted corps.  The Stage ★★★★
Extra features:
- Why The Royal Ballet love performing Concerto
- Why The Royal Ballet love performing Enigma Variations
- Why The Royal Ballet love performing Raymonda Act III
- Cast Gallery
Duration: approx. 110 minutes
Audio: LPCM 2.0 + DTS Digital Surround 5.1
Subtitles (extra features only): EN, FR, DE, JP, KO