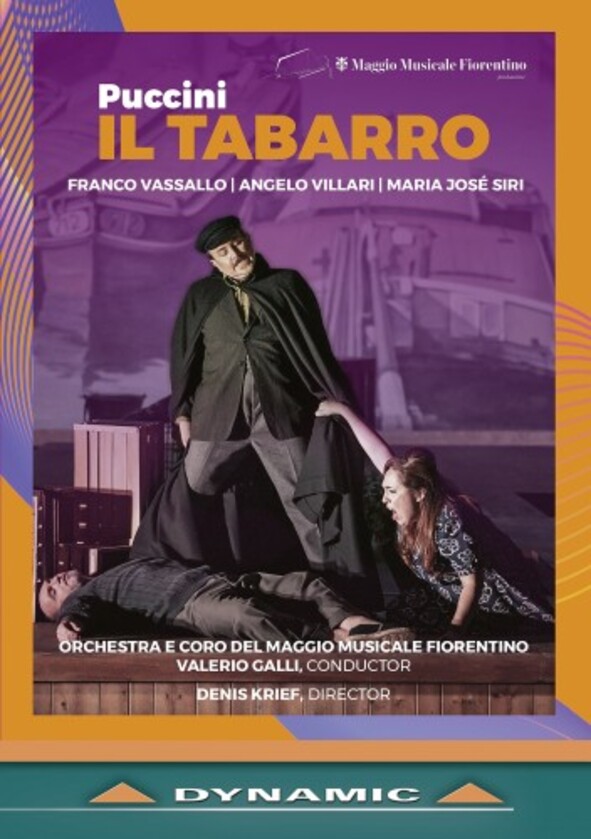 This is a new production from Teatro del Maggio Musicale Fiorentino. Il Tabarro is one of the three one-act operas that make up Giacomo Puccinis Il Trittico.
Michele is married to the young Giorgetta and shares a life full of hardships with her on a barge on the river Seine. She is in love with Luigi, a young longshoreman hired by her husband during the loading of the barge. When Michele overhears his wife arranging a night-time rendezvous with Luigi, he waits for the man and attacks him, forcing him to admit he is his wife's lover before finally strangling him. He then hides the body under his cloak (il tabarro), and when Giorgetta, in mortal fear, comes on deck and asks Michele if he does not wish her to come and rest near him under his cloak, her wronged husband throws it open and Giorgetta discovers in horror her dead lovers body rolling at her feet.
The element of Didier Golds Houppelande that most attracted Puccini was the opportunity to represent a river in music; it acts as a backdrop to the plot and determines its pace. The importance of this atmosphere is enormous, because it is linked to the mise en scène more tightly than is usual. The action takes place entirely on a barge on the Seine in Paris, which takes centre stage. The music describing the river uses a cyclic repetition of ostinato patterns, representing the monotonous flowing of the water, as inexorable as destiny and as regular as the flow of time. In the first part of Tabarro, the pulse of the river represents the life of the downtrodden in this world  longshoremen and boatmen. But even when it disappears, the musical identity between drama and location persists.
Cast:
- Michele: Franco Vassallo
- Luigi: Angelo Villari
- Il Tinca (Tench)Antonio Garés
- Il Talpa (Mole): Eugenio Di Lieto
- Giorgetta: Maria José Siri
- La Frugola (The rummager): Anna Maria Chiuri
- Song seller: Dave Monaco
- Two offstage voices: Thalida Fogarasi, Leonardo Sgroi
- Two lovers: Costanza Fontana, Claudio Zazzaro
- Midinettes: Maria Cristina Bisogni, Cristina Pagliai, Sarina Rausa, Elena Bazzo, Elisabetta Ermini, Delia Palmieri
Director, set, costume and light designer: Denis Krief
Video director: Tiziano Mancini
Video format / Aspect ratio: NTSC  16:9
Audio format: PCM 2.0 - Dolby digital 5.1
Region code: 0  All regions
Subtitles: Italian, English, French, German, Japanese, Korean
Notes: Italian, English
Duration: 54 mins. 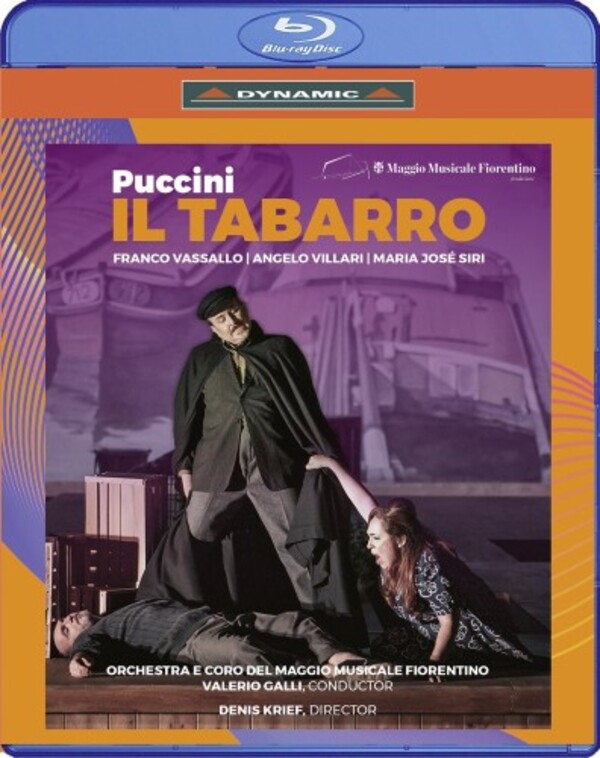 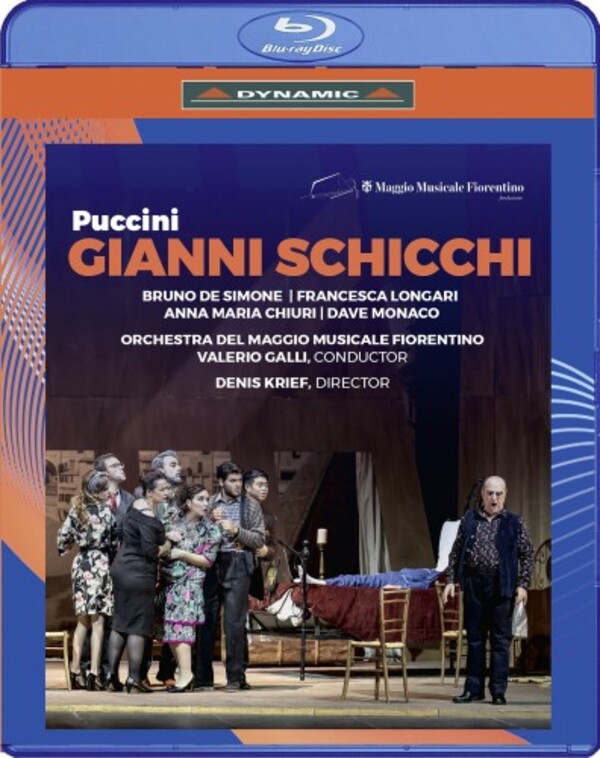 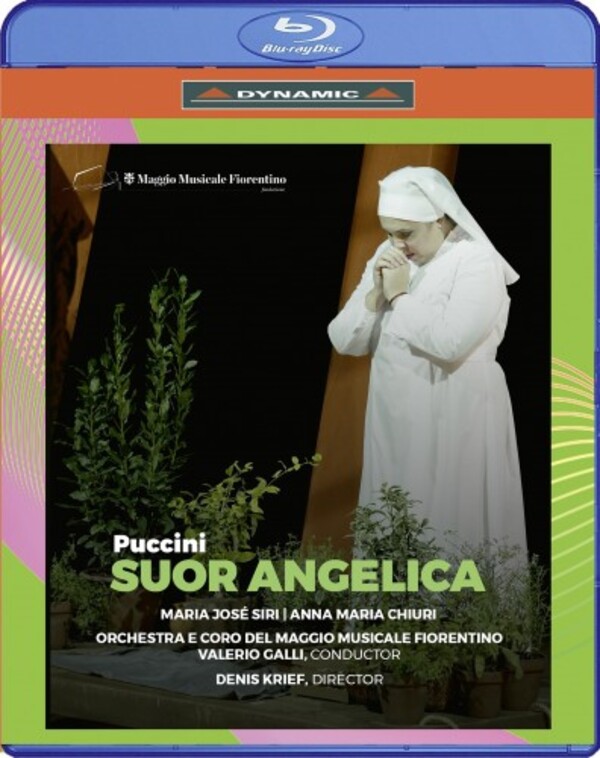 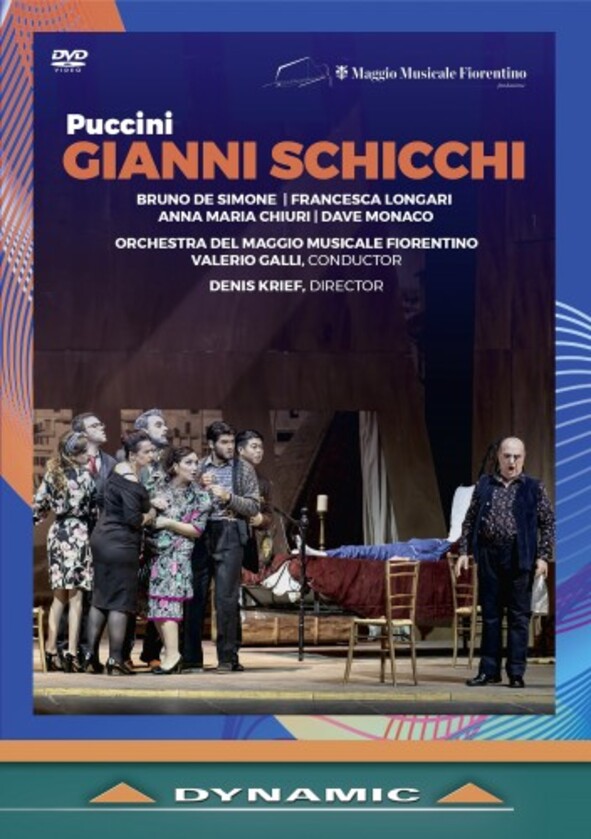 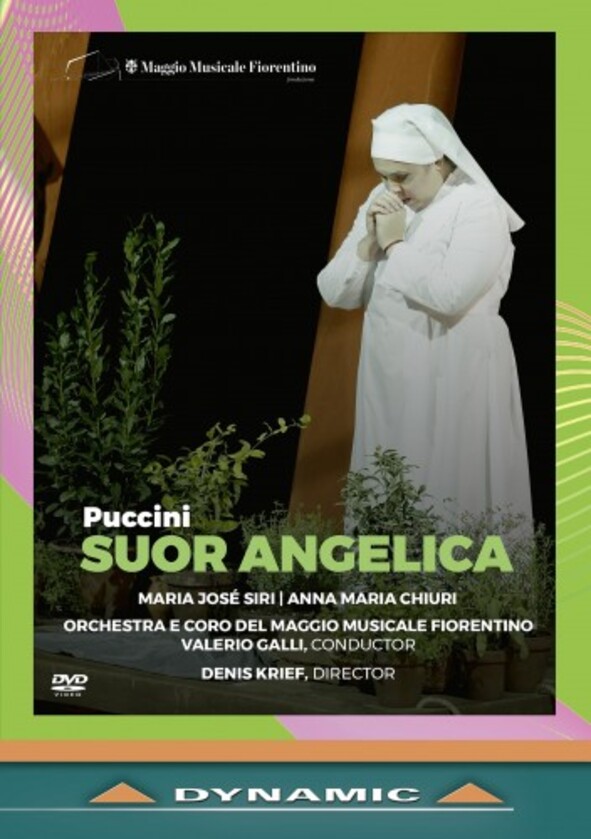