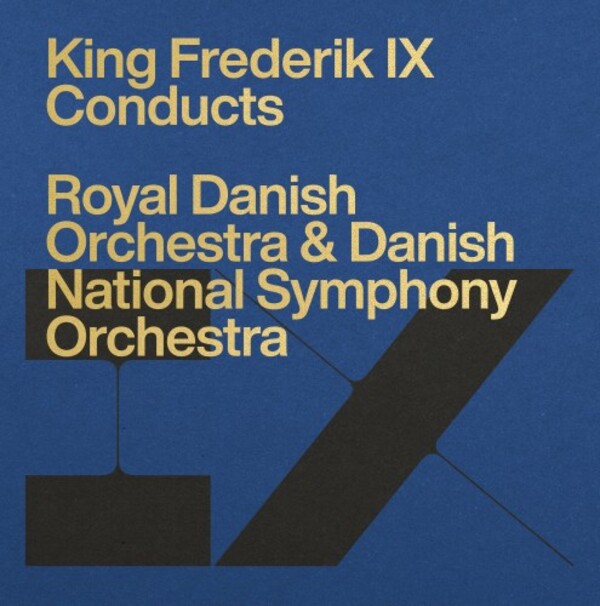 The Danish King Frederik IXs preoccupation with music must be described as atypical, in fact, unique for a member of a royal house, since it is hardly possible to cite other examples of ruling monarchs with orchestral conducting as their favourite pastime. As a conductor, Frederik IX was self-taught, yet he favoured technically difficult challenges in the great symphonic repertoire; in particular music from Wagners operas gave the Kings musical activities a certain aura. This limited edition set celebrates the close monarch/orchestra relationships between King Frederik IX and the Royal Danish Orchestra and the Danish National Symphony Orchestra.
This year, the Danish Queen Margrethe II turns 80, and this is celebrated by releasing this new box set with historical recordings of the queens father, King Frederik IX, conducting the Danish National Symphony Orchestra and the Royal Danish Orchestra.
The Danish Monarchy has been interested in art and music for several generations. Queen Margrethe II has devoted herself to the art of drawing and painting through her whole life, whereas King Frederik IX (1899-1972) had a big interest in classical music, especially orchestral direction.
The box set contains works by, among others, Beethoven, Wagner and Schubert as well as Danish composers Niels W. Gade, Friedrich Kuhlau and H.C. Lumbye.
The new box set contains two previously released and long ago sold-out albums, which have been restored and can now be heard in improved sound quality. To supplement this, the box set also contains newly-found recordings, that have never been published before. The recordings were made between 1948 and 1969.