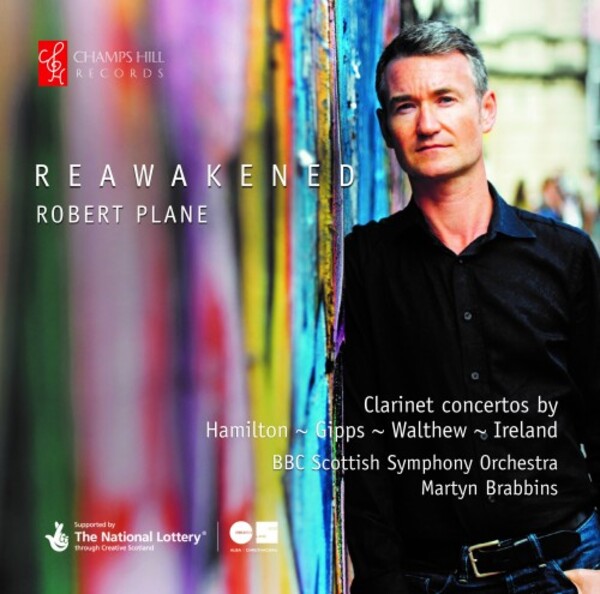 Clarinettist Robert Planes passion for British clarinet music reaches new heights on this album of world premiere recordings.
A first-rate journey of discovery through newly discovered clarinet music that deserves a place in the international repertoire, led by a master of the instrument.
Over a 25-year recording career, Robert Plane has made remarkable new discoveries of works by Bax, Holbrooke, Milford and others: here he turns his attention to lost concerto repertoire for his instrument, the clarinet.
This album showcases rediscoveries of works by celebrated composers who have become unjustly neglected; each work adding a distinctive and fascinating new voice to the genre of the British clarinet concerto.
Iain Hamiltons Concerto  a large-scale, RPS-Award-winning work by an admired composer  has been unplayed for over 50 years, probably because the orchestral parts were mislaid after just a handful of performances; Ruth Gipps was a wonderful composer simply struggling to be heard in a male-dominated musical world; Richard H Walthew left his Clarinet Concerto in manuscript and unorchestrated on his death, here sensitively and stylishly orchestrated by Alfie Pugh.
This album also features John Irelands much-loved Fantasy Sonata. A highly successful showpiece for the clarinet, an instrument Ireland was justifiably fond of, this is superbly effective in Graham Parletts orchestration for clarinet and strings, bringing its joyous pastoral character to the fore.