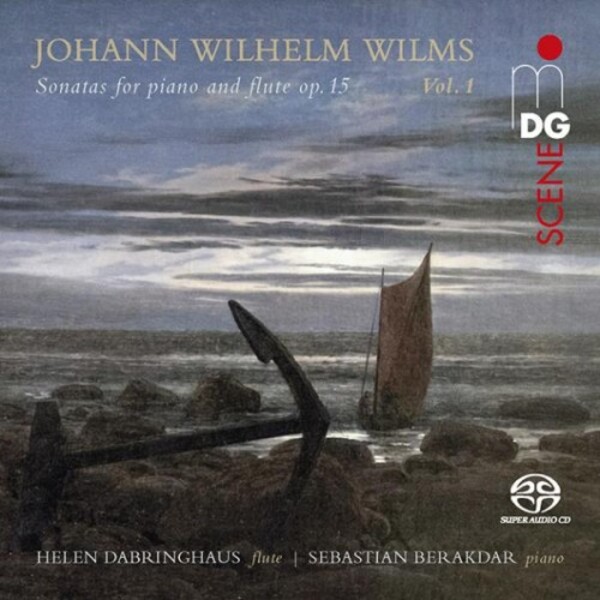 Mirthful and very pleasantly written is how a contemporary reviewer described the instrumental music of Johann Wilhelm Wilms (1772-1847).
Helen Dabringhaus and Sebastian Berakdar present the world premiere recording of the three Flute Sonatas op.15 by this German composer and Dutch resident-by-choice.
This enchanting programme is not only extremely entertaining, but also fills a gap in the history of reception between Mozart and Mendelssohn.
Born in Germany, the young Wilms soon made his way to Amsterdam, where he rapidly made a career as flautist, pianist, organist, and concert organiser. His marriage to the daughter of a very wealthy Amsterdam art collector shows the high reputation he enjoyed. Wilms only found time to compose on the side  a pity, really, because we know very little of his beautiful music.
The fact that Wilms, as a foreigner, composed the anthem of the newly founded Kingdom of the Netherlands in 1816 is proof of the esteem in which the industrious musician was held in his adopted country.