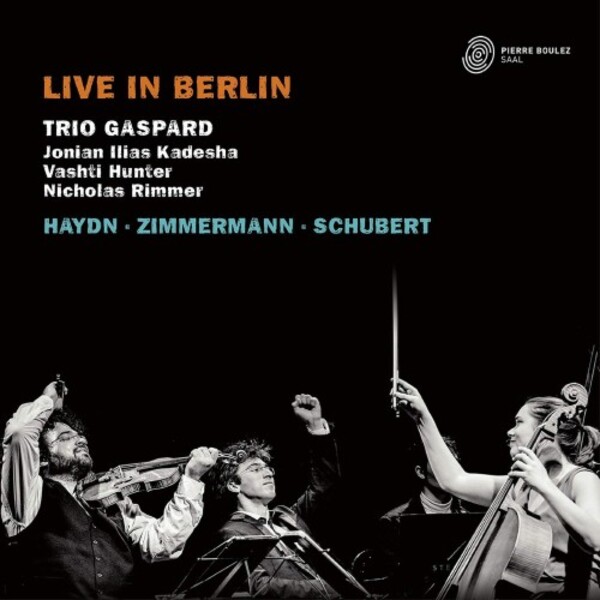 The debut album of world-class piano trio, Trio Gaspard, recorded live in Berlin in 2018. The musicians of Trio Gaspard explore the remarkable malleability of the piano trio in their programme, combining familiar repertoire with a one-of-a-kind outlier from the 20th century.
Through his contributions to the genre during the final quarter of the 18th century, Joseph Haydn shifted expectations for what the piano trio could encompass  contributions that helped define the principles and rhetoric of Classical style itself.
Only a generation later, Franz Schubert left a substantial mark on the genre through works that have earned a place among the most beloved masterpieces of the chamber music literature. They also anticipate the epic scale of some of the examples to follow later in the Romantic century.
Meanwhile, the rarely heard Presence by Bernd Alois Zimmermann represents an interdisciplinary approach to the piano trio concept, layering it with words and dance to transform the inherently abstract genre of chamber music into an imaginary ballet. This performance pays homage to the German composer during the centenary of his birth (2018).
Trio Gaspard:
- Jonian Ilias Kadesha (violin)
- Vashti Hunter (cello)
- Nicholas Rimmer (piano)