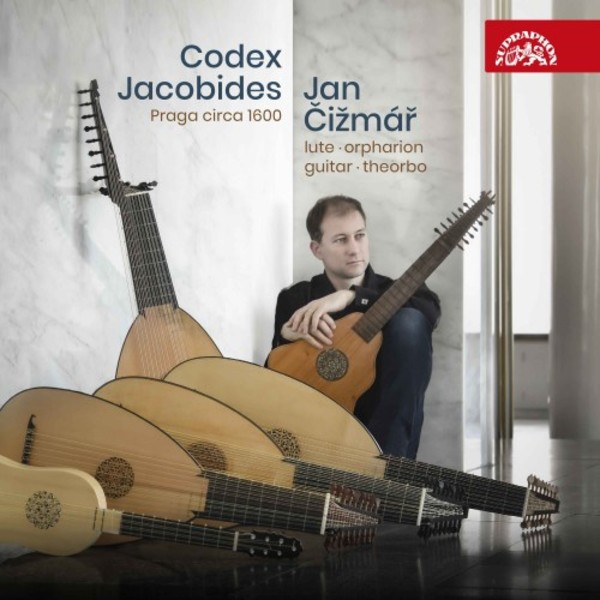 The lute, undoubtedly the most popular instrument of European townsfolk and aristocrats in the 16th and 17th centuries, was widely played in Prague during the reign of Emperor Rudolf II. A manuscript of lute tablatures known as the Codex Jacobides was in all likelihood written by a musically gifted student of the Prague University in the early 17th century. It features notations of period dances, intabulations of songs, and vocal polyphonic secular and sacred pieces; miniatures of German, English, French, Italian, Polish and Spanish provenience. Extremely intriguing are the intabulations of vocal villanelle by Jacob Regnart, who served as Kapellmeister at Rudolf IIs court in Prague. Originally set to German texts, these pieces had found their way from Prague Castle to the city beneath, where  furnished with Czech lyrics  they lived a life of their own. The Codex Jacobides also contains works by Michael Praetorius, John Dowland and Jean Planson.
Jan Čimář studied the lute in London and The Hague with true masters (J. Lindberg, N. North, J. Held, M. Fentross, C. Pluhar), and today he is a sought-after soloist and chamber musician, performing worldwide. On the album, eight string instruments of various sizes and tunings are heard in a number of combinations, occasionally accompanied by a flute or lute ensemble and voice. Affording a taste of the music performed in Prague under Rudolf II, the CD is a true delicacy for connoisseurs and all music lovers alike.