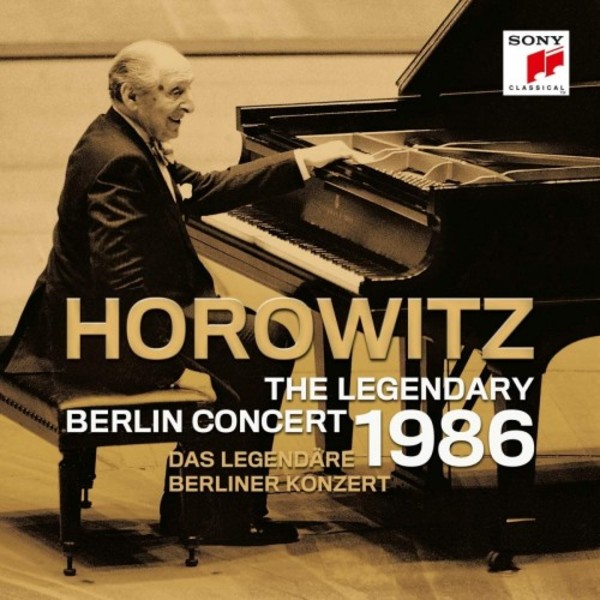 Sony Classical is pleased to releases The Legendary Berlin Concert by revered classical pianist Vladimir Horowitz.
In February 1986 there was a sensational announcement on the radio: for the first time in more than 50 years, pianist Vladimir Horowitz would be giving two concerts in Germany  in Berlin and Hamburg. When Horowitz finally appeared on the podium on the afternoon of Whit Sunday, 18 May 1986, the 82-year-old was welcomed with standing ovations that lasted several minutes. After more than half a century, the legendary pianist could once again be heard in the city where he began his exile in 1925, and where he delighted famous conductors like Wilhelm Furtwängler and Bruno Walter with his playing in the 1920s.
The concert in May 1986 was the culmination of a tour lasting several weeks that had taken Horowitz back to his old haunts: a US resident since 1939, he had appeared for the first time in 61 years in Moscow and what used to be Leningrad, before playing in Hamburg on 11 May, and in Berlin a week later. The historic status of the great pianists return to Berlin is shown by the fact that the recital was a major media event: both the TV and all the big daily and weekly papers, both local and national, reported several times on all the details of the preparations for the concert, and on the response of audience and critics alike.