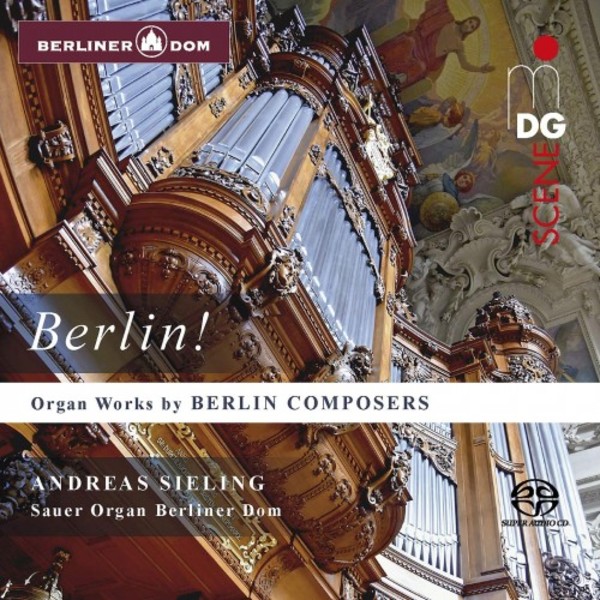 During the nineteenth century Berlin quickly developed from a muddy provincial backwater into a metropolis of world rank. Things went upward at the same pace in the arts and culture, and at their summit Wilhelm Sauer built his magnificent organ, which was dedicated along with the Berlin Cathedral in 1905.
Cathedral organist Andreas Sieling has mined some choice works of Berlin organ music from this extremely productive period, including some premiere recordings and an old Berlin hit in a really surprising recording. Mendelssohn of course is a must. The Three Preludes and Fugues, op.37, by this composer who spent his formative years in Berlin are the oldest selections on this lovingly produced Super Audio CD.
Today Franz Wagner, August Haupt, and Philipp Rüfer will hardly ring a bell, even among organ experts. However, all three were very successful during their times. Haupts Concert Fugue, recorded here for the first time, circulated from hand to hand as a copy until a former pupil in the United States had it published. Rüfer was also in great demand as a teacher; Karl Straube and Albert Becker numbered among his pupils.
Recorded on this Super Audio CD in a genuine three-dimensional sound, the velvety rich sound of the Sauer organ can be experienced as youve never heard these works before.