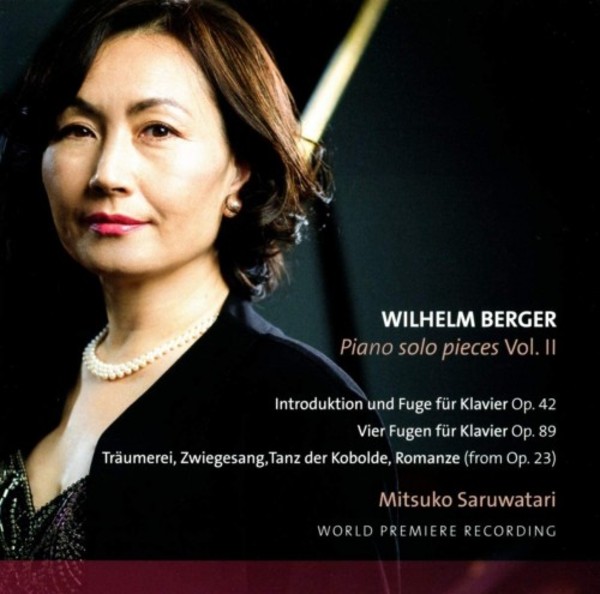 Wilhelm Berger (1861-1911) was a German composer of the late Romantic period who grew up in Bremen and studied in Berlin.
He went onto compose more than 100 works: Gustav Ernst, who wrote biographies of composers, Berger included, at the beginning of the 20th century, wrote concerning his music: Music [...] that combines grace and seriousness, comprehensibility and depth, Mozartian grace and modernity to a rare degree.
Fugues occur throughout Bergers works and are therefore given pride of place on this new CD. The Introduktion und Fuge, op.42, is one of his most prestigious and important works. The exceptional quality of Bergers contrapuntal works demands and here receives a new recording, one that breathes new life into this music.
Mitsuko Saruwatari was born in Tokyo and studied at the Toho Gakuen School of Music in Tokyo. She is based in Amsterdam and appears frequently throughout The Netherlands and abroad. Alongside her solo career she is the regular pianist of the Uriël Ensemble and has performed as a guest pianist with many other chamber music ensembles.