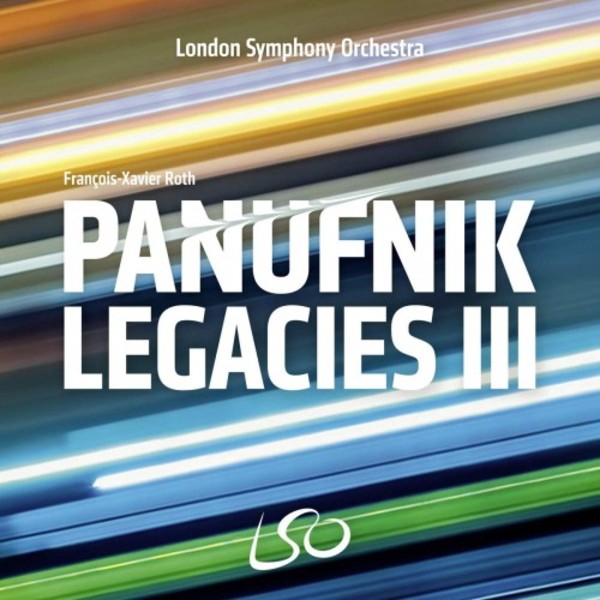 But Today We Collect Ads

In This Valley of Dying Stars

But Today We Collect Ads

In This Valley of Dying Stars

Conductor François-Xavier Roth leads the London Symphony Orchestra on the third album in the Panufnik Legacies series, which showcases new music by some of the most exciting young composers working in the UK today. All of the composers featured on this recording are alumni of the LSO Discovery Panufnik Composers Scheme, which offers six composers each year the opportunity to write for a world-class symphony orchestra, guided by renowned composer Colin Matthews.
The Panufnik Legacies III contains world premiere recordings of compositions by Ayanna Witter-Johnson, Ewan Campbell, Cevanne Horrocks-Hopayian, Donghoon Shin, Alex Roth, Matthew Sergeant, Patrick Giguère, Sasha Siem, Bethan Morgan-Williams, Michael Taplin, Benjamin Ashby and Joanna Lee.
This recording has been generously supported by The Boltini Trust. The LSO Panufnik Composers Scheme is generously supported by The Helen Hamlyn Trust.