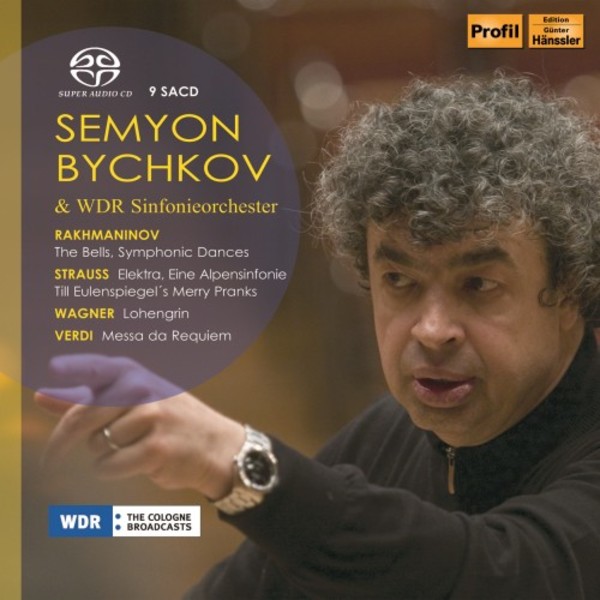 This box set with 9 SACDs is a document of the collaboration between Semyon Bychkov and the WDR Sinfonieorchester on the highest level of sound quality and musical standards. Works by Rachmaninov (The Bells, Symphonic Dances), Strauss (Elektra, Eine Alpensinfonie, Till Eulenspiegel), Wagner (Lohengrin) and Verdi (Messa da Requiem) are a demonstration of the capability of the orchestra with and without choir and soloists.
Semyon Bychkov was born in 1952 in Leningrad, today St Petersburg, as a child of Jewish parents. Already in 1973 he won the Rachmaninov Conductors Contest. Restrictions due to his political attitude led him to his emigration to the US in 1975. There he received his first engagements as a conductor with different orchestras. Since 1989 he was musical director of the Orchestre de Paris, since 1989 of the Dresdner Semperoper and at the same time of the WDR Sinfonieorchester Cologne. Since 2018 Bychkov is now director of the Czech Philharmonic, Prague. Many recordings show his productivity.