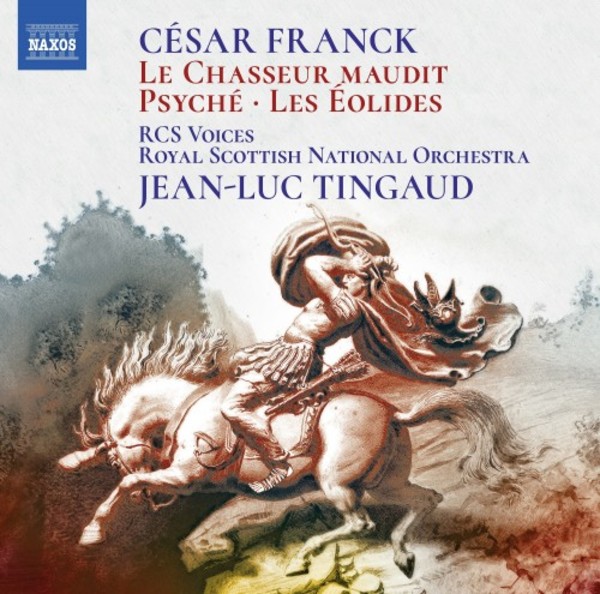 César Franck was a childhood prodigy who gained later renown as an organist and teacher. His compositions received scant attention until the success of Le Chasseur maudit, a symphonic morality tale that vividly portrays the accursed huntsman from his defiance of the Sabbath to a dramatic chase and a horrific fate. Les Éolides is infused with Wagnerian colours and depicts the mythological Aeolids as they reawaken nature with their song. Francks lushly orchestrated final symphonic poem Psyché expresses the power of love in dreams and a passionate union.
César Franck is perhaps best known for his organ works and late masterpieces such as the Violin Sonata. His Symphony in D minor has also been widely recorded and is often coupled with Le Chasseur maudit, a work that ranks among his most popular and frequently performed orchestral works. Les Éolides and Psyché are more impressionistic in atmosphere, and much appreciated for their subtle orchestration and lyrical inventiveness.
Jean-Luc Tingauds recordings for Naxos have always done very well, with Poulencs Les Biches (8573739) given a 10/10 score by ClassicsToday.com, along with comments such as Tingauds precise, clear-eyed direction is just what this music needs. Vincent dIndys Second Symphony (8573522), also with the RSNO, was given a rave review by Fanfare: This recording [by] Tingaud and Royal Scottish National Orchestra should absolutely fire up new interest in a composer who has been unjustly neglected. Very strongly, if not urgently, recommended.