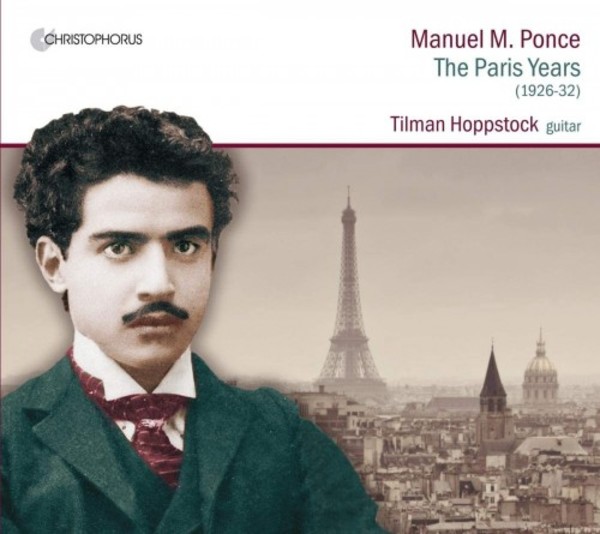 Recognised early on as a child prodigy, Manuel Ponce received his musical education first in his native Mexico, but then also in Italy and Germany.
An important influence on Ponce was the folklore of Mexico, which he transferred into art music against much resistance and thus shaped a new Mexican national style. Ponces meeting with the guitarist Andre Segovia in 1923 was groundbreaking  from then on the guitar was at the centre of Ponces work. During his time in Paris  Ponce decided in 1925 (at the age of 41) to go back to Europe to study with Paul Dukas  most of his guitar pieces were written.
In 2000 Tilman Hoppstock recorded a selection of the most important pieces of this creative period in an excellent recording. He partly used Ponces manuscripts for this purpose, which differ in many points from the notes published up to that time. This recording, which has been out of print for many years, is finally available again on this CD.