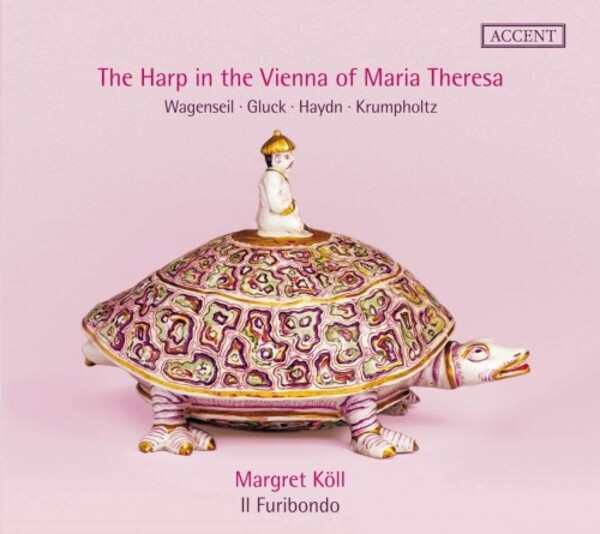 The Harp in the Vienna of Maria Theresa: Wagenseil, Gluck, Haydn, Krumpholtz

Harp Sonata in B flat major

Harp Concerto in G major
Trio Sonata in B flat major, op.2 no.1

Harp Sonata in B flat major

Harp Concerto in G major
Trio Sonata in B flat major, op.2 no.1

Margret Köll is one of the most important interpreters of the historical harp. On her new CD she dedicates herself to the single pedal harp, which was developed at the beginning of the 18th century.
By using pedals, the player now had the possibility to change the pitches of the strings by a half-tone, and in this way was able to play more complicated harmonies and chromatic melodies.
In 1728 such a harp was presented to Emperor Charles VI and under the rage of his daughter Empress Maria Theresa (since 1740) this instrument conquered the hearts of Vienna and other European centres. On the basis of works by Wagenseil, Krumpholtz, Joseph Haydn and Gluck, Margret Köll shows how this instrument conquered the Viennese salons: as a soloist, as a popular accompanying instrument, as an equal-ranking chamber music partner or as a solo instrument with string accompaniment. A very colourful programme around the harp of the early and high Viennese classical period.