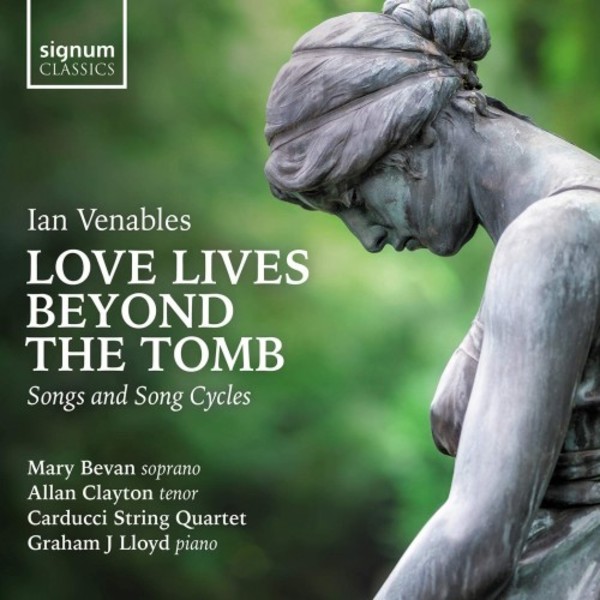 Venables - Love Lives Beyond the Tomb: Songs and Song Cycles

Ian Venables studied composition with Richard Arnell at Trinity College of Music, London and later with John Joubert, Andrew Downes and John Mayer at the Royal Birmingham Conservatoire. His works encompass many genres and he has added significantly to the canon of English art song. Described as Britains greatest living composer of art song (Musical Opinion) and a song composer as fine as Finzi and Gurney (BBC Music Magazine), Ian Venables has written over 80 works in this genre, including nine song-cycles.
As the title suggests, the works on this disc are predominantly reflective in mood, although this does not preclude the use of faster-moving music whenever the poetry requires it. Its subject matter celebrates the timelessness of love through the poetry of James Joyce, John Drinkwater, Edward Thomas, John Clare, Robert Nichols and the modern poet Jennifer Andrews; the celebration and commemoration of Queen Elizabeth, The Queen Mother, in Sir Andrew Motions remarkable narrative poem Remember This and the collective remembrance of those who died in the First World War: the poetry of Wilfred Owen, Isaac Rosenberg, Siegfried Sassoon, Geoffrey Studdert Kennedy and the less well-known Francis St. Vincent Morris providing the impetus for one of Ian Venables most dramatic and profoundly moving cycles.

Ian Venables - The Song of the Severn